Let us takes things from the beginning. The family of Georgos Syrianos has a great tradition in the production of local cheese. He decided to continue this family tradition and is now a third generation cheesemaker on the island. Thanasis Kousathanas comes from a family that is actively involved in tourism, but as an amateur, like many families on the island, is involved in the production of local products and specifically cheese. 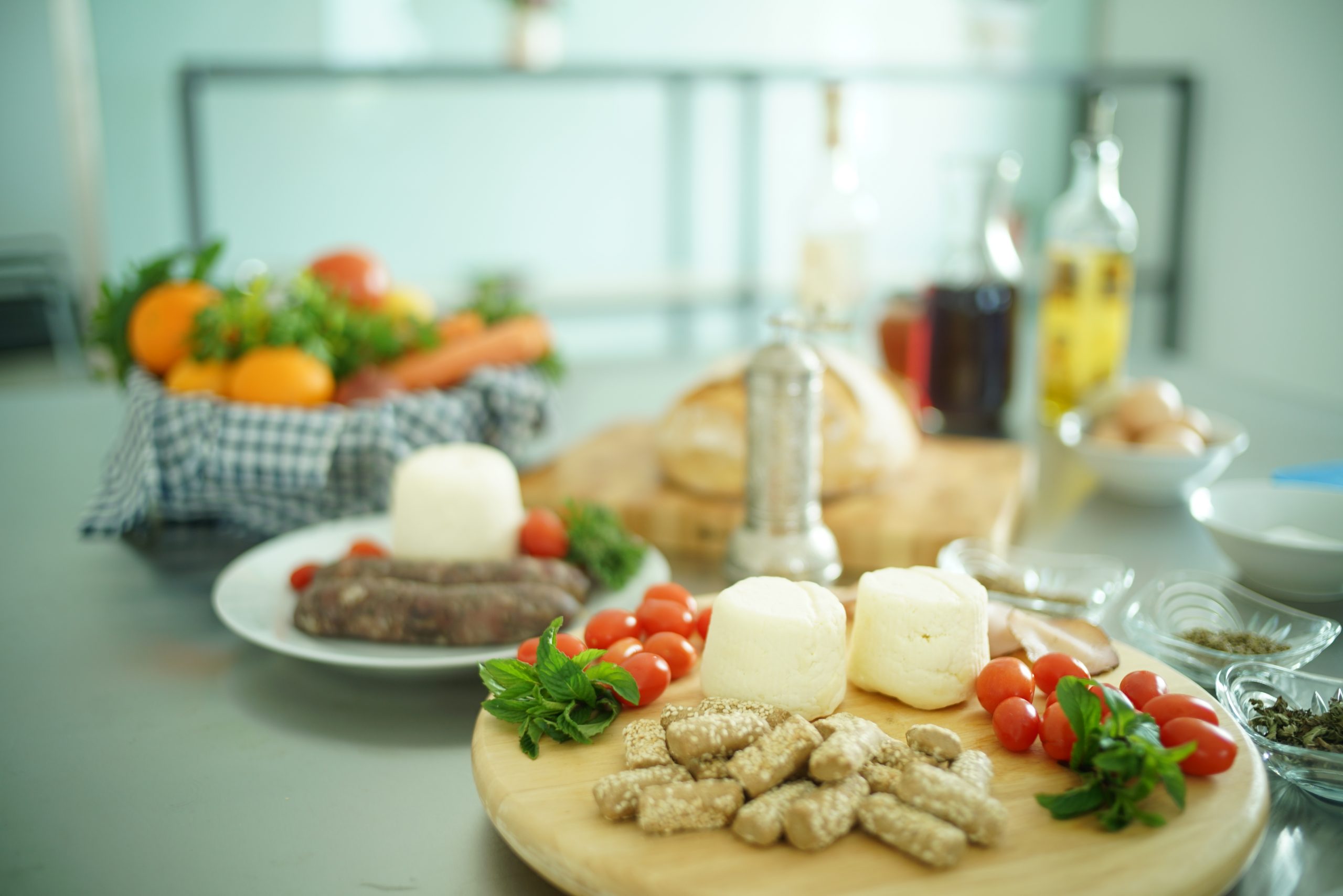 “In Mykonos, families have always had animals, which is true for most islands. Also, due to the transportation problem we were facing, we did not always have supermarkets close by, so for reasons of survival we had to take care of our food. The truth is that for the last 20 years families had stopped producing their own products. However, I want to say that my mother, even now, claims that she makes the best xinotyro on the island”, he confesses to Mykonos Post.

There is a deep friendship between Giorgos and Thodoris that began when they were still in school. They are from Mykonos and still live and work in the place where they were born. Thanasis, who literally lives in tourism, due to his family occupation, noticed that the tourist is interested in consuming local products, but at the same time wants to get to know the culture and the traditions of a place. With this in mind, together with Giorgos they created Mykonos Farmers, a cheese making facility that not only makes cheese, but also gives tours, teaches you how to make cheese (in practice, since you make it at that time) and introduces you to the world of traditional Mykonos.

“We are two friends who tried to bring together what each of is. Agricultural production with tourism. And I think we did it”. 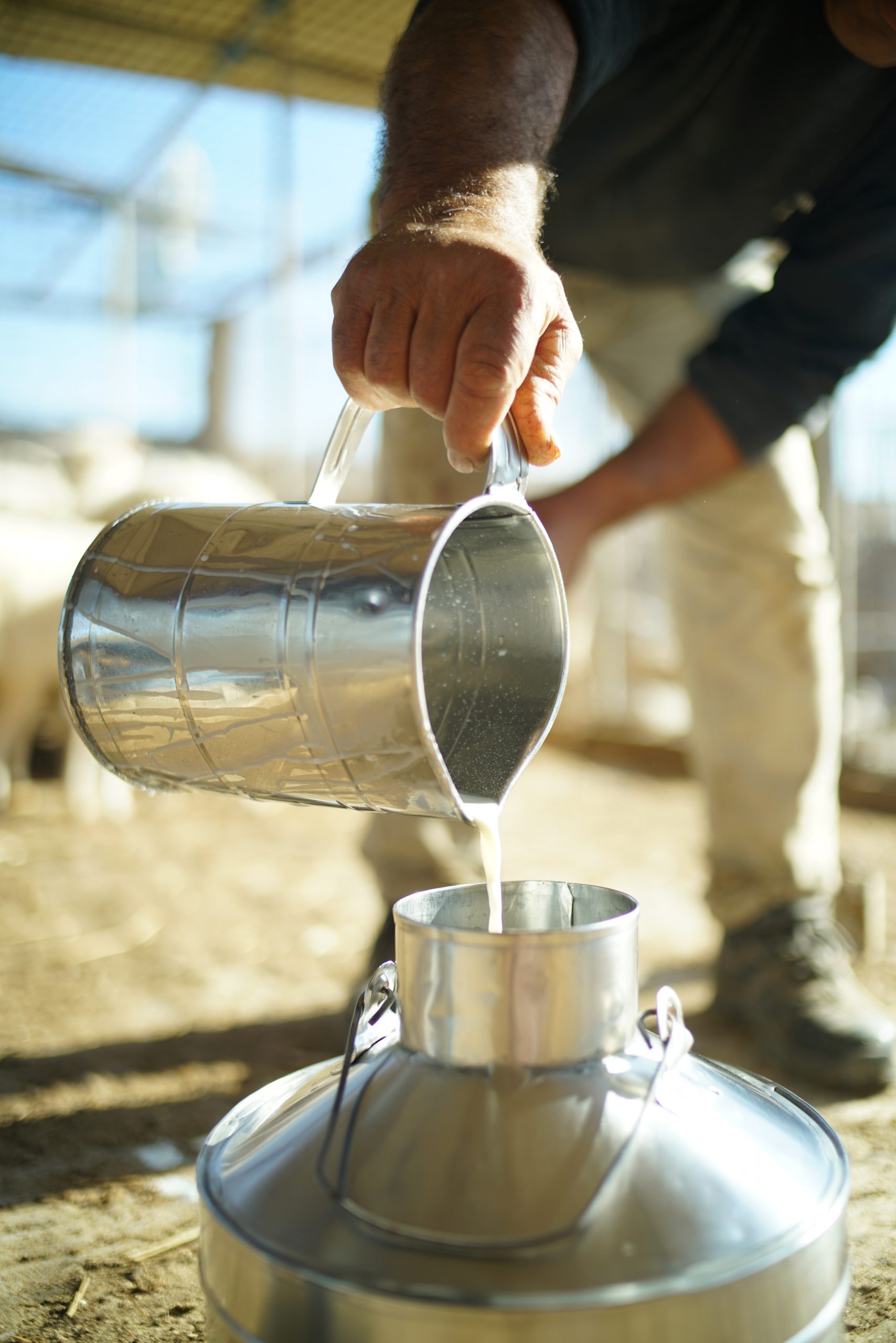 “I noticed what tourists like. For example, whenever we had local milk for breakfast at the hotels, it was a huge hit. So, we are two friends who tried to bring together what each of is. Agricultural production with tourism. And I think we did it”.

At the facility you will get to see the production machinery as well as displays with cheeses, while the people of Mykonos Farmers will be glad to tell you their own story. What are they proud of? ”The people who come here always leave with a smile and nice impressions, since they realize that the island, apart from the night life and champagne, also has a culture. By getting to know the locals, that is, us, they also get a taste of the culture not only of Mykonos, but also of the Cyclades. And in that way, our culture is transferred”. 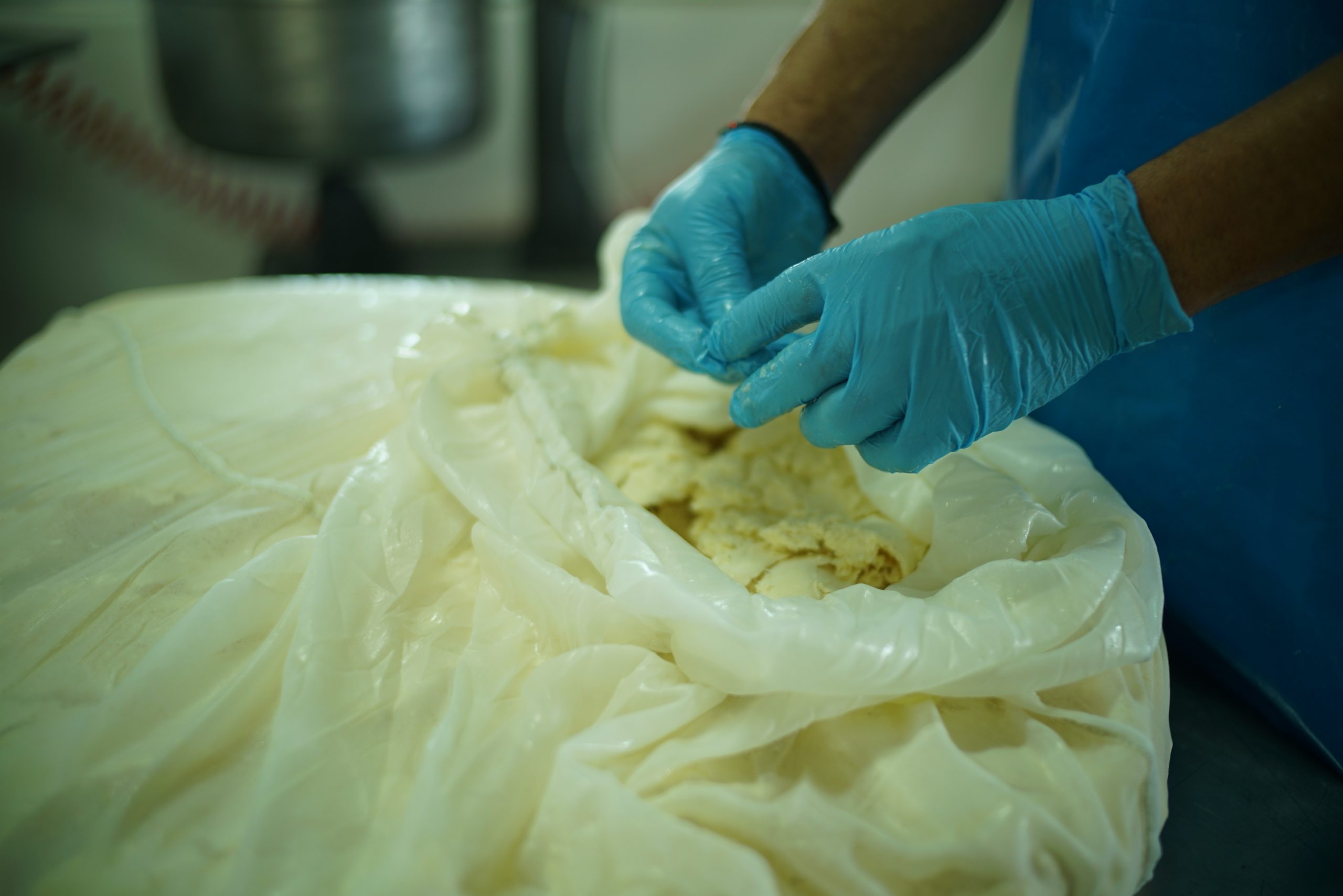 “What impresses me most of all, is the fact that young people are constantly coming who are interested in learning and living, even for a while, a special and unprecedented experience. To be honest, I expected to be working with older tourists, who most of the time, are looking to do something alternative during their vacation. However, there are many young people who want to have fun, but they also want to see something different. This makes me especially happy”, Thanasis emphasizes.

Of course during the tour of the facility, the people of Mykonos Farmers are willing to answer all questions. Apart from the preparation of the cheese, a second part that is interesting, are the cooking lessons, where you cook various dishes with the cheeses that are made there (you can even open the phyllo sheet for a pie), while as we said before, you can also make your own cheese, with the guidance of experts. Leaving, you leave the facility of Mykonos Farmers holding the cheese you made with your own hands, something that makes you feel, apart from a promising cheesemaker, proud of yourself.

“The people who come here always leave with a smile and nice impressions, since they realize that the island, apart from the night life and champagne, also has a culture”. 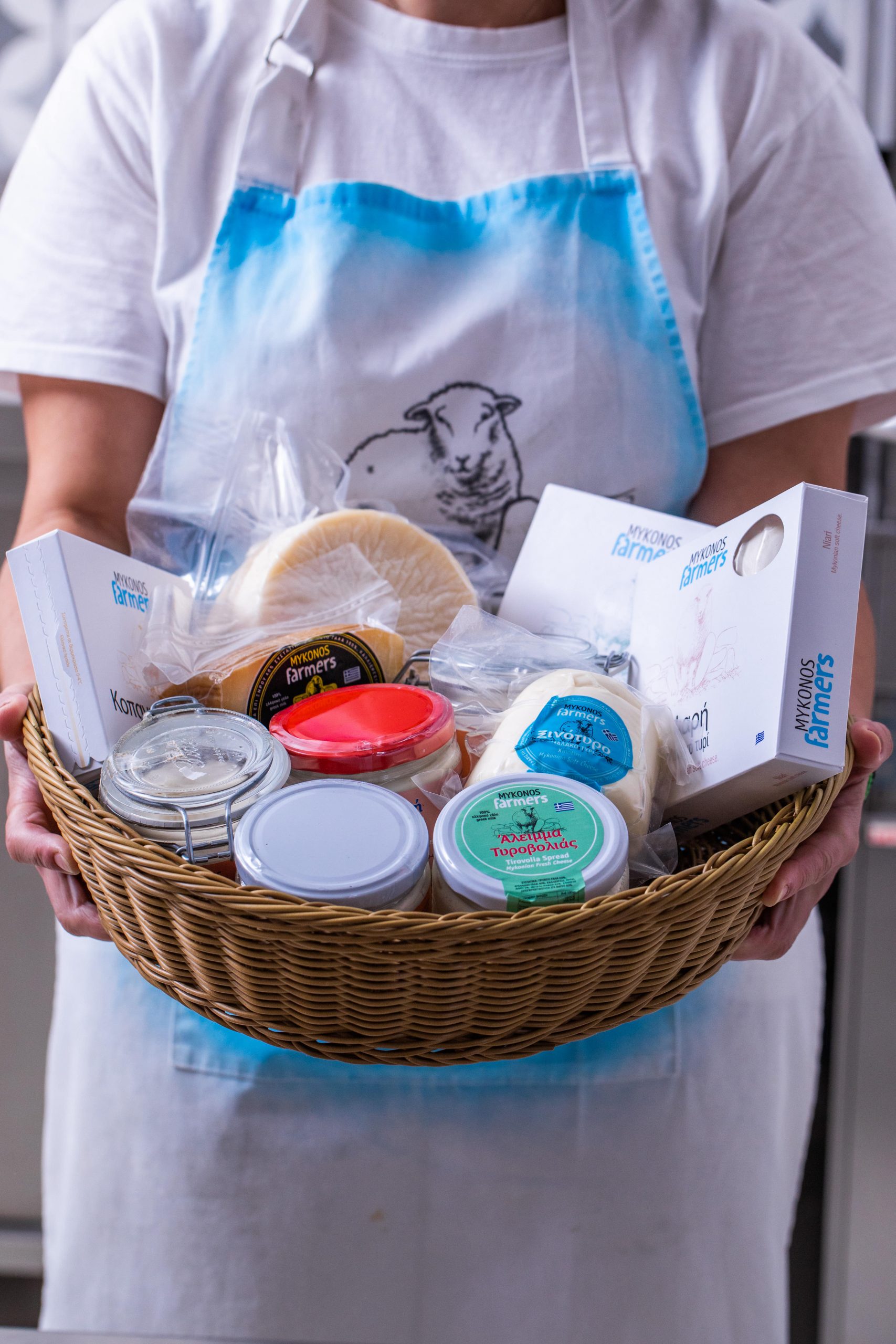 The cheeses of Mykonos

As Thanasis explains to the Mykonos Post, in Mykonos a well known cheese is the xinotyro. It is a cheese similar to feta, but it is a bit more sour as it is aged outside with the air and the humidity that exists on the island, while it has much less salt. However, the most famous is their PDO, which is none other than the famous kopanisti, which has a strong taste and is creamy. You will see it as an appetizer at various tables in Mykonos.

The visitors of Mykonos Farmers

For the most part, the visitors of Mykonos Farmers are tourists from abroad. “Tourists want to try a local product and get a taste of how people eat here. Greeks usually come for the other side of Mykonos, for the parties and the night life”, admits Thanasis Kousathanas. 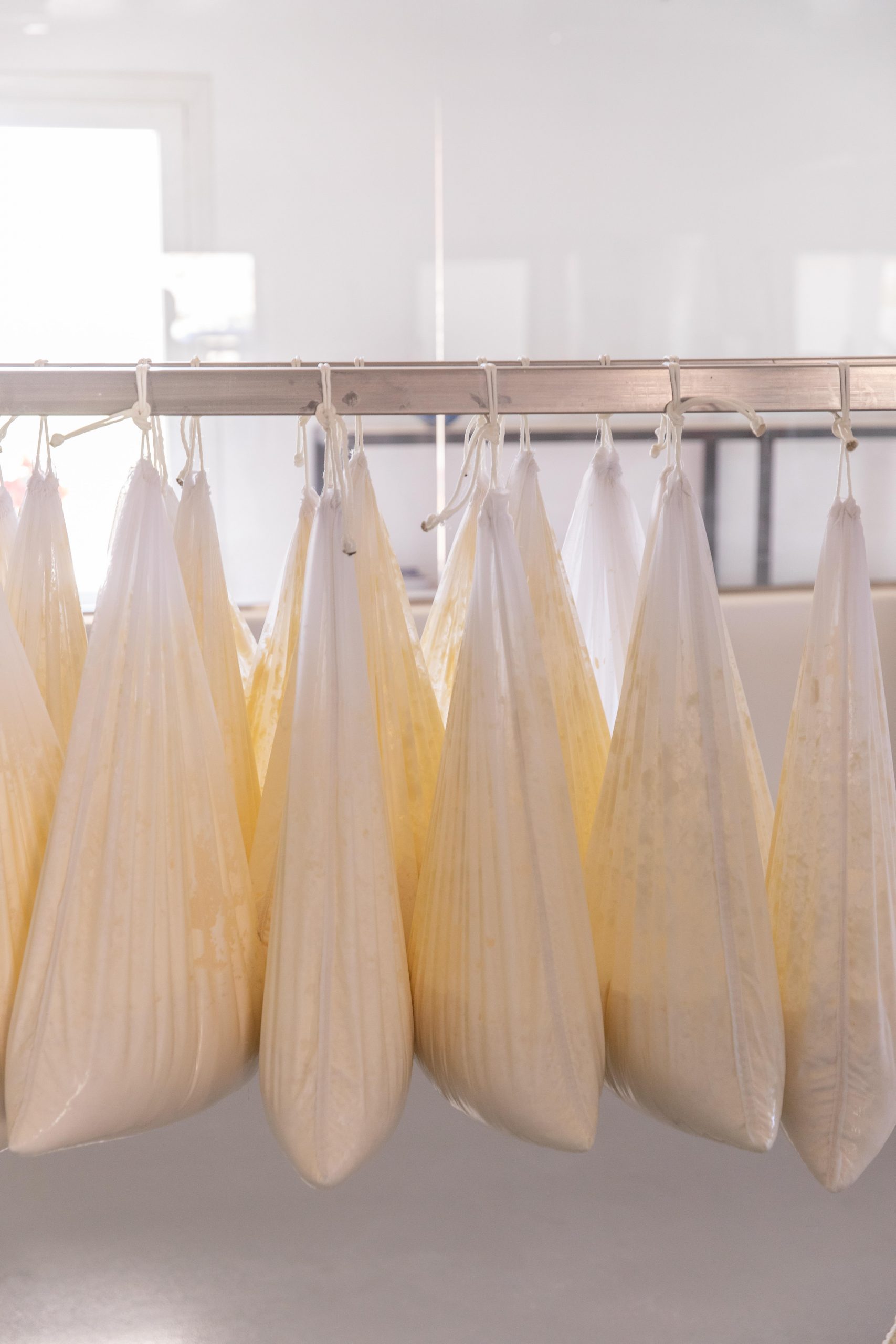 What I can say is that foreigners have this in their culture. Going to different places and visiting places that have cultural and social interest, and of course in relation to food, so they enjoy it more. And most are British, American and Australian. The next ones are the French speakers”, says Thanasis.

“My mother, even now, claims that she makes the best xinotyro on the island”. 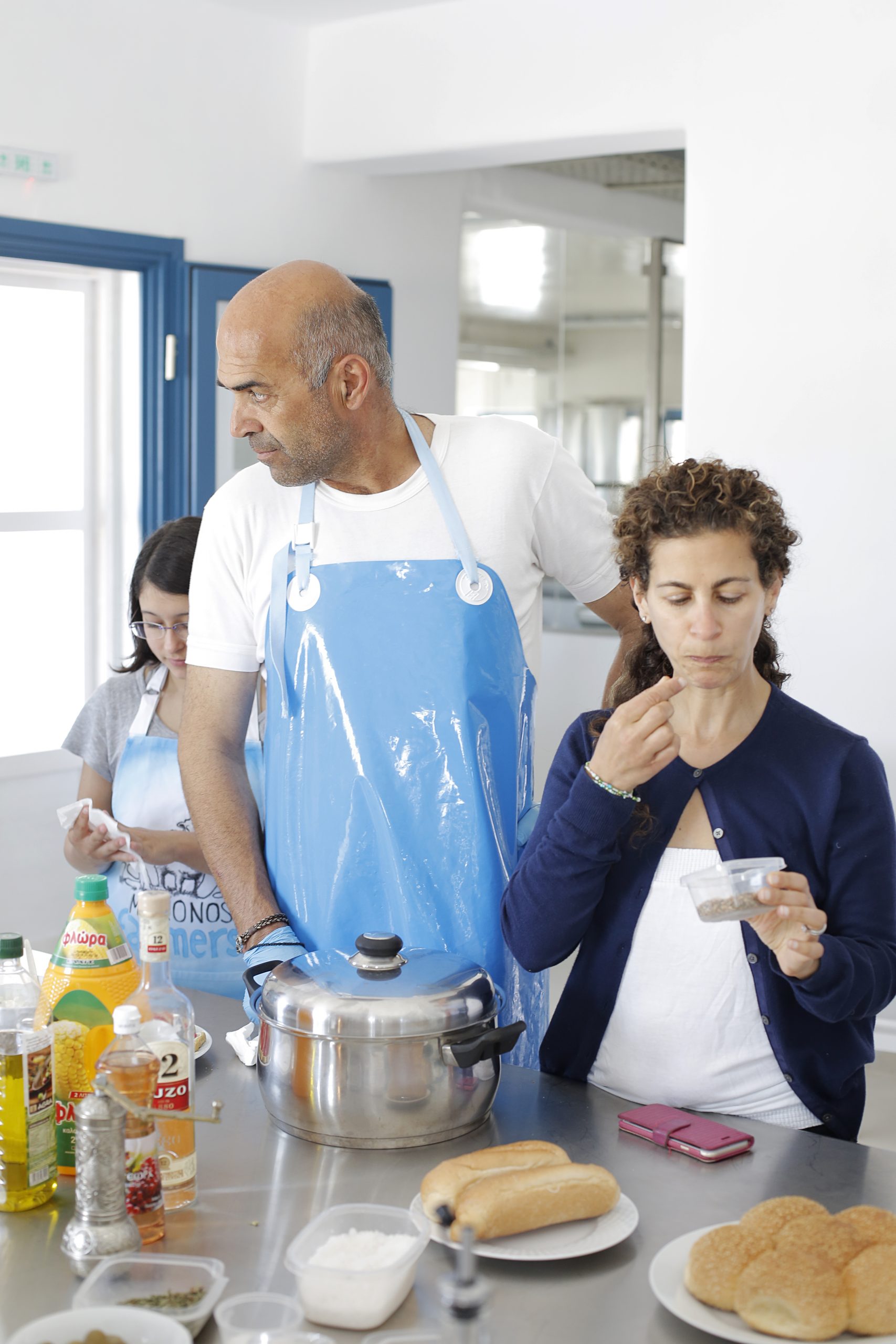 In the immediate plans of Farmers…

“We are in the process of wanting to give tours on a farm, so the visitors come in contact with the animals, to see the whole process from the beginning, that is, from the milking. It is a contact with the local world and culture”.

To visit Mykonos Farmers, you can book either a private tour, or with your friends. Read more at mykonosfarmers.com