Vassilis Kavouridis talks about art with great love. It is, as he argues, an inner need for creation and inspiration. “An artist sees an empty canvas in front of him and wants to fill it. Become a creator. So, in order to be able to create, you have to surpass yourself”, he states characteristically. He was born in Athens and in 2001 he moved to Mykonos. Since then, the island has become his refuge, but also a source of inspiration for several of his personal creations. During these years he has participated in many exhibitions, while recently he created in Mykonos the cultural center “Area”, where he exhibits both his own works and those of other artists through successive exhibitions. 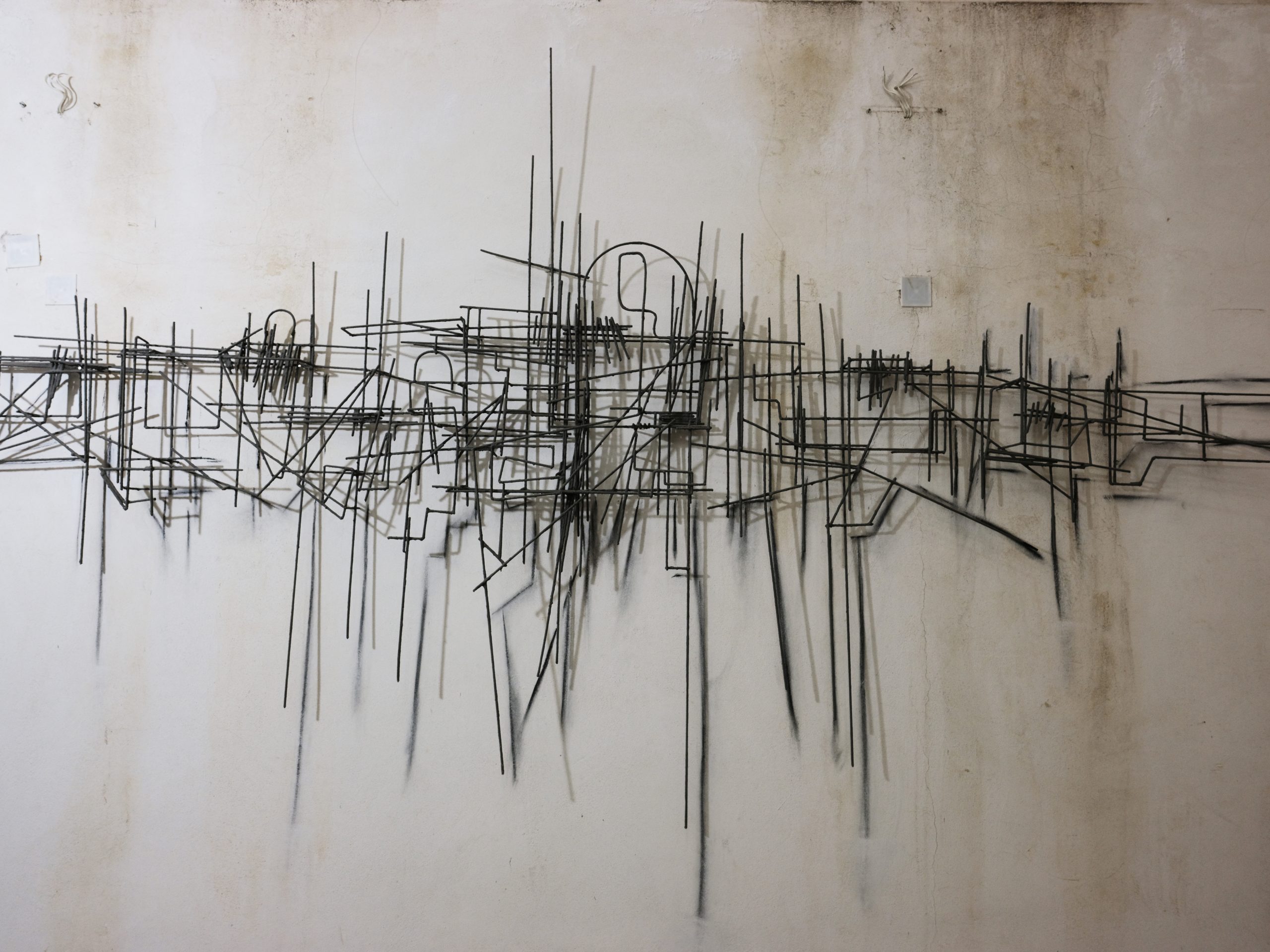 What are the reasons that pushed you to get involved in art?

It has to do with the human psychosynthesis. It is a series of psychological and social factors that push you to deal with something. Personally, it is my need for observation. I always saw myself observing things, objects and the world around me in general, so that’s probably what pushed me. My inner need to talk about something. After all, we live in a grain of sand – so I call our planet – and we try to express ourselves.

“I live in Mykonos, so inevitably when the weather gets better in the spring, I go out with a canvas and paint what I see. Most of the landscape work I’ve done is almost outside my house.”

You combine several art forms. Why?

I paint, I do sculpture, I make videos, I do performances and all this in one way I try to combine them to make large installations (editor’s note: The term Installation describes three-dimensional works of art that take the form of an environment or construction and function by transforming the viewer’s perception of the space). The installation for me is an intervention within a space, where the visitor will enter into a framework with new rules and will discover a new world. I have something that I want to express inside me, that I want to come out and then I am looking to find the material and its form. I do not get stuck in certain ways because, apart from the fact that I am bored of doing only one thing, I want this variety to exist.

What inspires you about your projects? Is there a specific topic that appeals to you?

Inspiration has to do with inner search and work. Inspiration comes from working. There is no specific issue that I single out, but there are concepts that concern me a lot. The concept of space-time, the concept of the finite, the concept of the limit – what are the limits, how are exceeded, how are new things created, but mainly how does man interact with these concepts, which are a little incomprehensible to him. Beyond that I can not but paint nature, because I live in nature. I live in Mykonos, so inevitably when the weather gets better in the spring, I go out with a crate, colors and paint what I see. Most of the works with landscapes I have done, were created almost outside my home.

Is there any work of yours that hides a more special, personal story?

When you do art a little more professionally, the emotion often goes away. The work itself is liberating. It has a role of psychotherapist, that is, you submit what you want, without being judged. For me it is a purely internal process, which does not have so much emotion, because emotion is related to observation, thought and energy. Once a project is completed, it is finished. Like the past. I do not stick to the past, because it is something that has
happened and is over. So as soon as one project is completed we go for the next!

“Mykonos is worth the winter, not the summer. That’s when it’s at its best.”

Was the quarantine period a creative period for you?

Quarantine was the two best years of my last ten years. Apart from the fact that it was two incredibly creative years, they were also very challenging. That is, as I call the world into a new universe with new rules, so I experienced this situation. It was a reality with completely new rules. So I wondered, “What do I want? What does it do to me in this context of the new rules?” and somehow I decided to make my own rules. I left Mykonos and went to live in Xanthi, in a house by the river Nestos. I started a collaboration with Coco Mat, I went to their factory, where they hosted me in that house and I worked all day. I made some sculptures with Coco Mat materials, which are currently on display in their stores in New York. In the second quarantine I was in Mykonos for a while, but again I was going back and forth constantly. 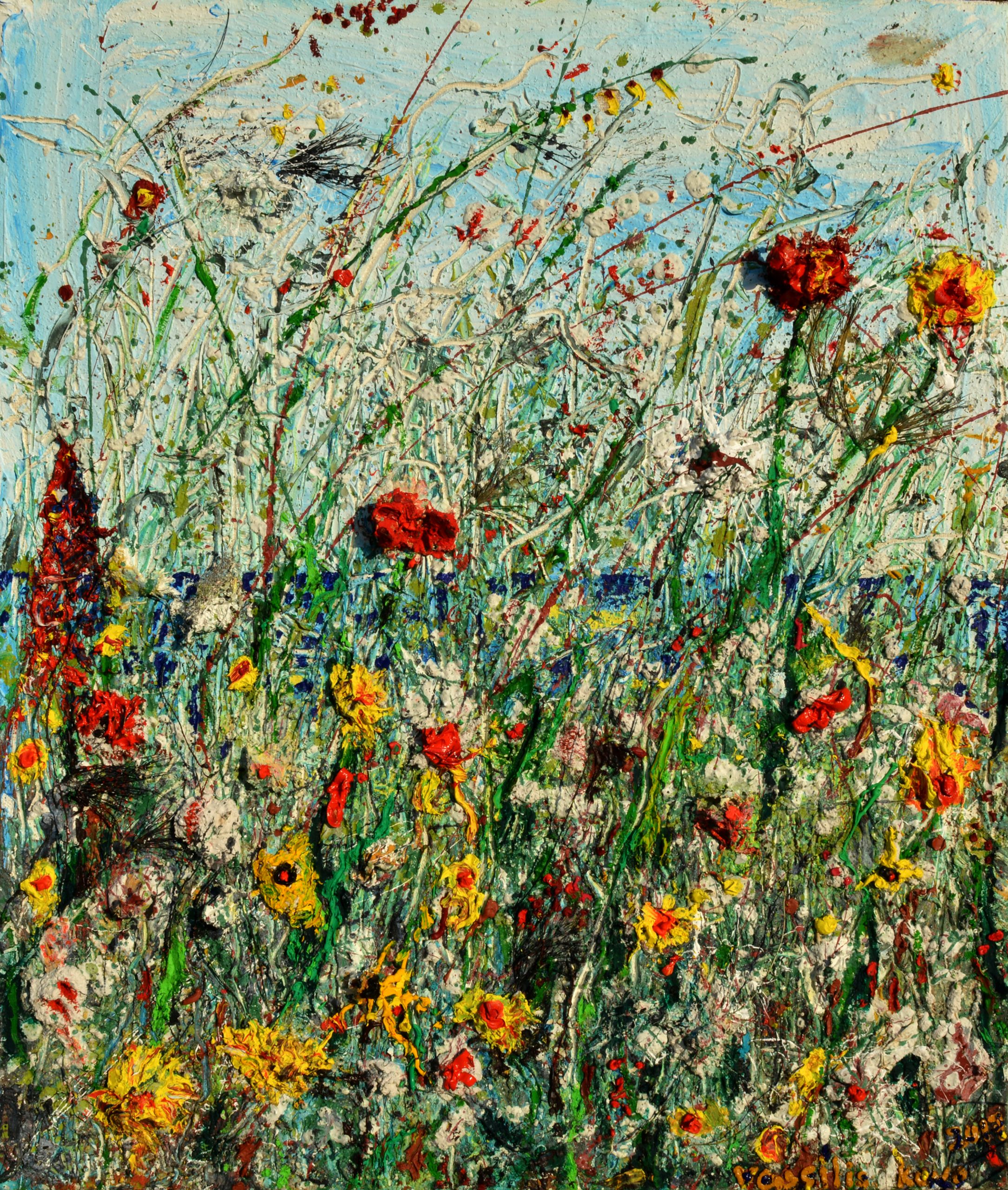 What is your relationship with Mykonos?

I have lived in Mykonos for 20 years, since 2001. I was born in Athens, but I never liked living there. As soon as I started to feel and find myself, I wanted to leave. Mykonos is a lot better in winter than in summer. Then it is the most beautiful period. A lot is lost in the summer. The feeling you have for the island is lost in the crowds and in the noise that prevails everywhere. On the contrary, in winter, when job stops and especially the “running”, people are coming together again. In Mykonos, in fact, I have set up my own space.

“Our space is a cause and not an effect. It is not the result of all this tourism, but a cause for things to happen on the island.”

What is the space you have created on the island and how was this idea implemented?

The site was originally an initiative of Nicolas Frantzeskou, who has the architectural office that built the place. In this context, Nikos invited me to see how we can create something artistic, that promotes art and culture. This is how the “Area” center was created. There, the world is given the opportunity to get in touch with the works and to interact with the space. At the same time it is a place, which we would like to be an occasion for discussions or other cultural events, such as book fairs. The doors are always open to the world, with the typical example of the exhibition that played all summer entitled “Area | Gray”.

Do you think that Mykonos is a cultural destination?

I’m afraid that unfortunately not. As Walter Benjamin has said, “Culture is the spoils of the victors”. So Mykonos at the moment, as the winner of the tourism industry, necessarily develops culture. We are a tourist destination, so we must offer. And in the offer is included the part of culture, which of course comes dead last. The people of Mykonos who are really interested in cultural events and the tourists who come to see this side are few and specific. The art that is now “sold” in Mykonos is completely commercial. With the exception of “Dio Horia”, everything else is aimed at Arabs and is kitsch. Our space is an origin and not the consequence. That is, it is not a result of all this tourism, but a cause for things to happen on the island.

Which image would you ideally like to see in Mykonos? What do you think needs to change?

At first I believe that the authenticity has been lost. Mykonos has lost its locality. However, something new can happen that is not based on a chain that necessarily connects the past with the present. Whatever is new, however, should be created in terms of authenticity. 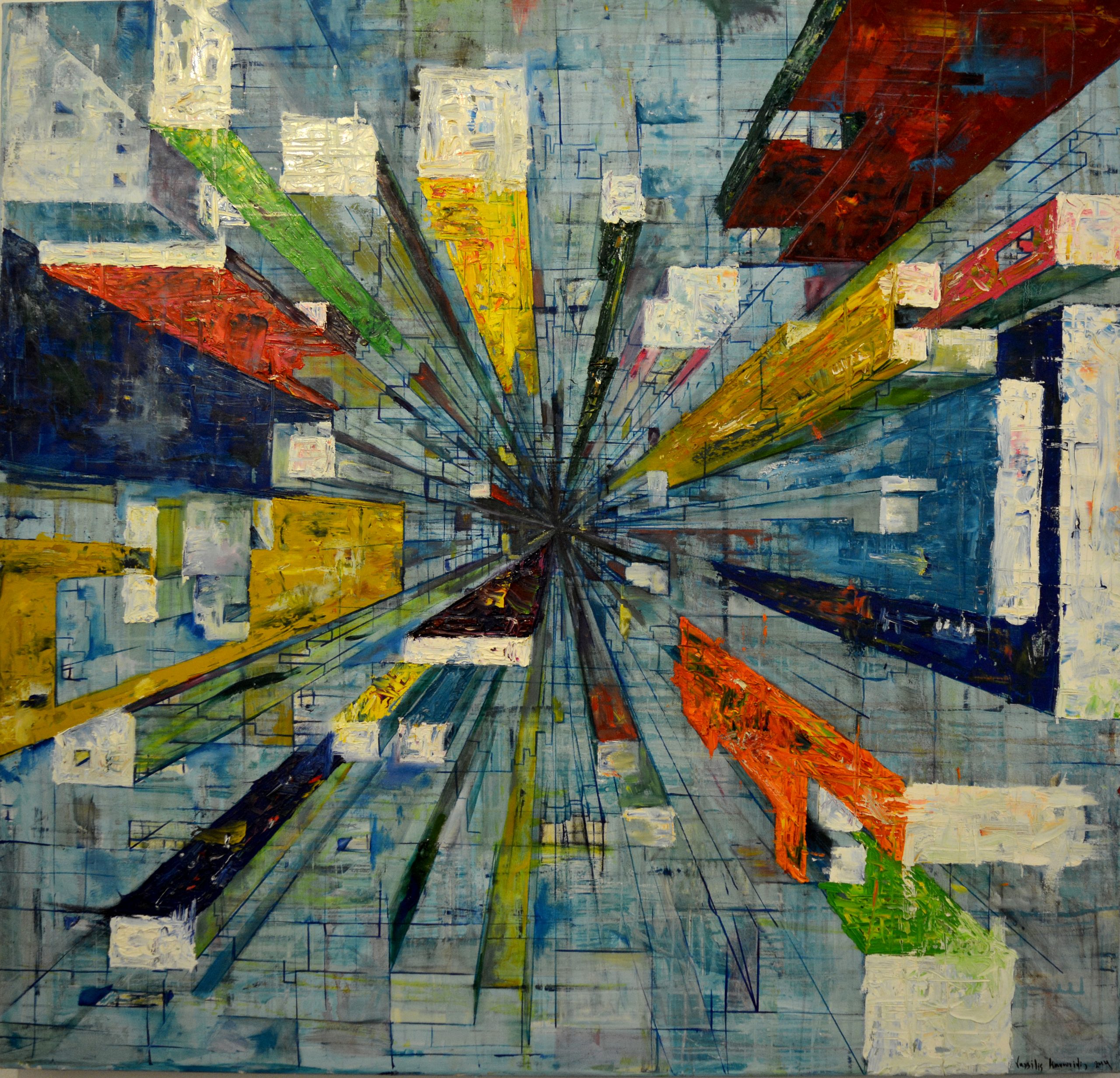 You will also participate in the interactive workshop &quot;Melecta Festiva – from the Microcosm to Architectural Costumes&quot; with the art teacher Korina Kotsiri. What will be your role and what do you think you and the children will gain from this experience?

I will take over the costume making part and the visual part in general. Because Korina Kotsiri appreciates my work, she contacted me and somehow we decided to participate as well. I am generally very interested in costume and theater. So this project is a challenge for me. I want to see what this interaction can give me. Because I also work with performance, I feel that I can get a lot of things from this workshop. I also see it as a school, which I will not only give, but I will get more from it.

Do you have any future plans?

At the “Area” center in Mykonos, I do not yet know if we will hold exhibitions in the winter, because the island is somewhat deserted. There will definitely be projects inside, if anyone wants to visit us or get to know us. However, now I participate in a group called “Dipola” in an exhibition in Chalkida entitled “The Krypton”. The exhibition includes works of a very high standard by renowned artists. I also participate in another exhibition at the Hellenic- Italian Institute called “Dante” and it is dedicated to the 700th anniversary of his death. Finally, I want to travel to New York in the near future, to do the opening of this exhibition that I told you earlier about Coco Mat.

(The workshop “Melecta Festiva – from Microcosm to Architectural Costumes” will take place from Thursday 7 October to Sunday 10 October at the K.D.E.E.P.P.A.M.)