Celebrities, luxury hotels, popular parties. Indeed, a large part of the popularity of Mykonos is due to them. But it is not only that. In order to become an international destination the island had already strong foundations like its long history, and culture. It has people who are hospitable, creative and above all open to challenges and risks. Many times, when the discussion focuses on matters other than the island’s cosmopolitan profile, we often hear people talking about the “other Mykonos”. We have chosen to talk about Mykonos as it is. And this aspect of Mykonos that we all know includes everything. Even when the field of discussion is gastronomy. And here is the proof:

Louza is a typical traditional sausage made from pork and comes in various versions. It is made from parts of pork fillet, which, after remaining in salt for a day, are seasoned with thyme and oregano. It is also called “bouboulo” or “small louza”. If you hear these names it means that brisket instead of pork fillet was used for its preparation. It is consumed cut into very thin slices either plain or accompanying dairy products (mainly cheeses) and omelets. Mykonos is also famous for its sausages. They are made out of fat-free pork meat, seasoned with peppers and oregano.

Have you ever heard of Kopanisti? Well, it is the most famous cheese of the island, made from goat and sheep milk.It is left to mature naturally for at least two months. The result is a cheese that resembles the environment in which it was born; intensely spicy, peppery and creamy, with a distinct aroma. Tyrovolia is a white, soft cheese that is used as the basis for traditional savory or sweet pies like onion pies and honey pies. In the process of cheese-making, Tyrovolia is produced in the early stages of processing, much earlier than Kopanisti. A cheese that is ideal for pasta and red sauces is Xinotyro, It is a hard cheese,as it remains longer in the sun to dry.

What would a visit to Mykonos be like without tasting its famous barley rusks. Dipyrites, as these barley rusks are known, can endure through time, and accompany Kopanisti in an ideal way. A dish with a slightly wet rusk, grated tomato, Kopanisti, olive oil, caper, salt, and oregano, could perhaps be considered as the most representative dish of the Greek summer. Protofourni is a bread that we can associate with the well-known Lagana, a Greek flatbread, while Kouvaroti is a loaf of heavy sourdough bread made with barley flour. 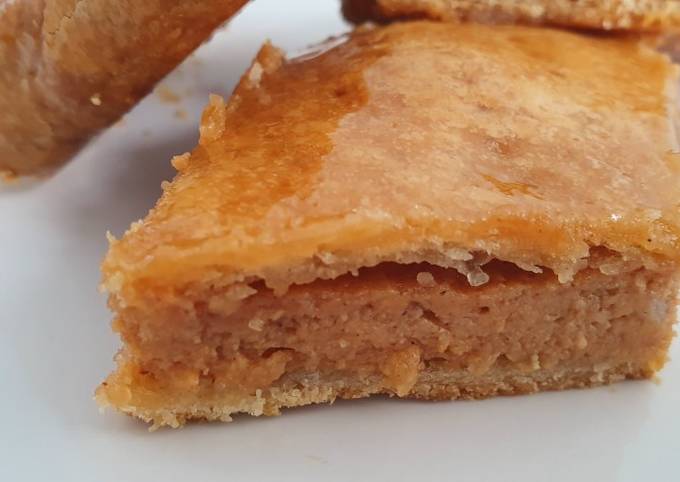 The sweet side of Mykonos

We have talked a lot about savory dishes, but the Island’s sweets and desserts have a long tradition too. Mykonian amygdalota are almond sweets made from almond flour, eggs, sugar, and bitter almond aroma. They are crunchy, while remaining juicy inside. The so-called Rafioli, is made from honey, orange, and cinnamon aroma.It is ideal for escorting various cheeses, such as Tyrovolia.

Nikos Karathanos: “I want to give love to the world through my food”