“I have been influenced by French culture on the part of the organization. I think that the kitchen requires discipline. It was very important for me that I traveled and managed to work in some of the best restaurants in the world, so I saw their mentality and philosophy” says Nikos Karathanos characteristically at the beginning of our interview. As a lover of Greek creative cuisine, he “guides” us in his cooking – and now business – world, talking at the same time about the new collaboration with the Kazarma restaurant in Mykonos, but also the general picture he saw on the island when he first visited it last September. 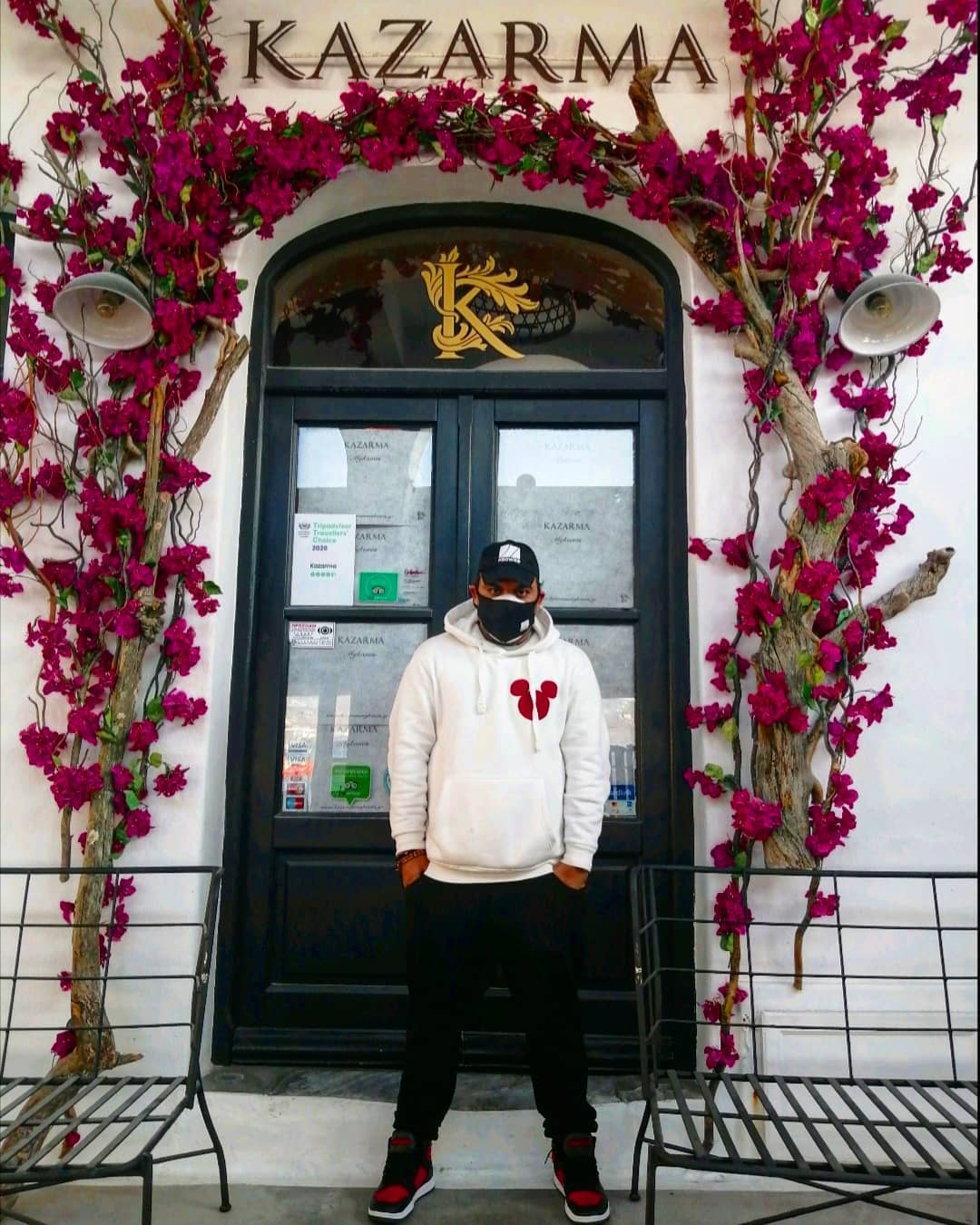 “We do not want Kazarma to lose its identity. It is one of the most historic restaurants of Mykonos and so we want it to remain”.

This year you have taken over the consulting part at the Kazarma restaurant in Mykonos. What exactly is the role of the consultant in a restaurant?

Consulting has a slightly different interpretation in Greece than abroad. However, the general concept of consulting is coordination, productivity, organization and efficiency, which aim to upgrade and modernize the restaurant. It is clearly aimed at the consulting sector. The consultant takes over the management, the kitchen, the hall, takes out the food, informs about how we serve, how we talk, what we say and why we say it. For me, this is my job. I go down to Mykonos for three days and supervise what is happening, what is working, what is not working and what we can change. Now I was a week in and we modified several things. For example, we simplified the menu, because we do not want Kazarma to lose its identity. It is one of the most historic restaurants of Mykonos and so we want it to remain. Besides, in the consulting I do, I step on what the restaurant wants. Not what I want.

“Our main goal was and is the successful connection of Greek cuisine with the Mediterranean, so that the visitor can enjoy a unique taste experience”.

Having worked in some of the best restaurants in Athens, how did you make the decision to work in Mykonos?

Of course, I always wanted to work in Mykonos. I think it is an island that gives you things, but gastronomically I think it is left behind. There is no gastronomic identity and culture. And that kind of bothers me to tell you the truth. In the restaurants on the islands, which work mainly in the summer, you do not manage to give an identity quickly and easily. It is not like in Athens. On the other hand, you are slowly trying to achieve it. The most important thing in food, after all, is identity. I will keep saying that. Kazarma started with Greek cuisine, but now works with Mediterranean – always with Greek notes. The tourist, after all, comes to try local flavors with fresh touches.

What was your primary goal in terms of Kazarma’s success?

I have simplified the kitchen. This is because it is important to keep all our guests satisfied. That is, not 30 out of 200, but all 200. So, because the food has to come out on time, but at the same time be tasty and of high quality, I realized that we need to simplify the recipes a bit. And we did it. Our main goal was and is the successful connection of Greek cuisine with the Mediterranean, so that the visitor can enjoy a unique taste experience.

“I try to bring Greek cuisine to the fore, because with it I grew up and with it I got the Michelin star”.

What is your philosophy as a chef? Is it in line with Kazarma’s philosophy?

My philosophy as a chef is Greek creative cuisine. The concept of the restaurant however is starting to fall and will definitely fall in the near future. What will be very “in” now is the gastro pubs. That is the place where you can go out to eat, drink cocktails and try dishes that are Michelin star level. I have my base. But this does not mean that because I make Greek creative cuisine, everyone should do the same. A cook can not even do just one thing. I try to bring Greek cuisine to the fore, because with it I grew up and with it I got the Michelin star. Kazarma is a restaurant that offers great food. This is exactly what I aim for as a chef.

Do you use island raw materials in your menu?

Yes I have my producers. Although it is extremely difficult during the season to find small producers. I work, for example, with Megoulis, who has one of the largest companies trading and distributing fruits and vegetables on the island of Mykonos. I consider that he is a very good professional and everything he supplies us is of exceptional quality. We were thinking of a sushi stuffed vine leave (dolmadaki) and we were looking to find vine leaves. Megoulis was the man who found them for me. However, I have started to notice many things, with the most important to be what people want: What they want, but also what exactly they ask for when they see the menu and I act accordingly finding the right producers.

“I visited Mykonos last September, which means that due to the coronavirus, the island was empty. And without people, it really is the most beautiful island”.

When did you first visit Mykonos?

I visited it last September, which means that due to the coronavirus, the island was empty. And without people, it really is the most beautiful island. A few days ago I visited it again and saw a very different picture compared to that of last September. Anyway, Mykonos is a beautiful place and has badly become known only for its nights out and parties. Mykonos has a great treasure, which no one has discovered yet. And I think it has a lot to offer in gastronomy, because so far, I regret to say that it has not. 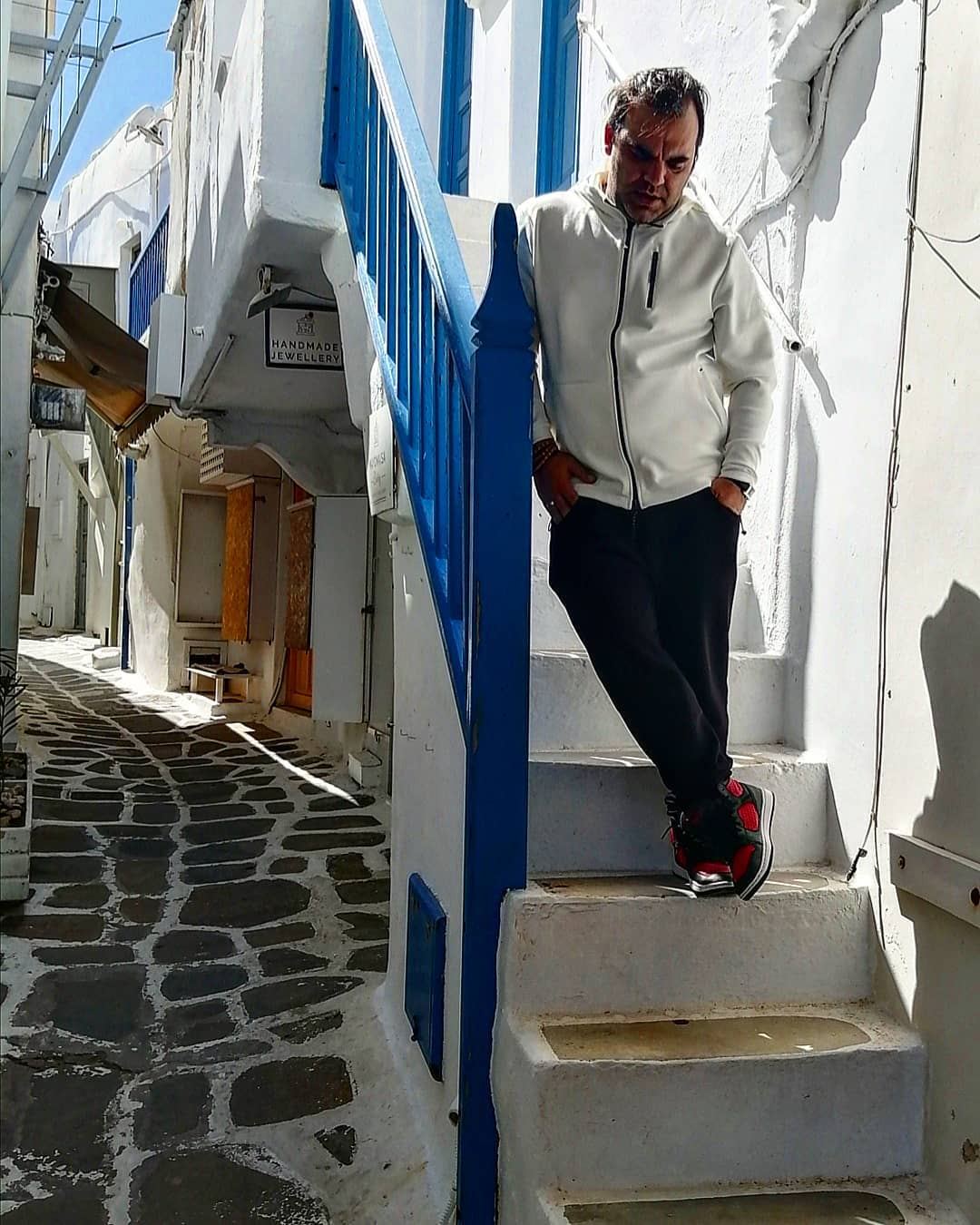 Do you think there is a secret to the success of a restaurant in coronavirus times?

The most important of all is due care and respect for the measures. There are shops that keep distance, the employees put on a mask and follow the measures. There are, however, some restaurants that do not adhere to them. The secret to success is to keep our distance, to wear our mask, to listen to what our health care providers tell us, and to get vaccinated. To end this Golgotha. And generally follow the rules. In all my restaurants this is my goal.

“If you think about it, from our grandmother, we never ate badly. She never disappointed us at her table. And this is because the grandmother always put her love in the food”.

Having earned a Michelin star at just 27 years old and worked in some of the best restaurants in the world, what are your dreams and plans for the future?

My goal is to open a restaurant in Athens. A small restaurant. I want it to be an everyday shop that opens from 1pm. To have its wood oven, nice atmosphere and quality Greek creative cuisine. And not at outrageous prices. For me, my stations were Lazarou’s Varoulko, where I started my practice, Spondi with Jerome Ser, Hitra which I took over and then Cookoovaya. After so many years – because I have been in the profession for 20 years – what I have realized is that awards are very important, but the most important thing is to feed people well. Take care of them and put all your love. I want to give love to the world through my food. If you think about it, from our grandmother, we never ate badly. She never disappointed us at her table. And this is because the grandmother always put her love in the food. Food is love, it has no recipe. I put my heart and it works at that moment.

The all time classic traditional products of Mykonos