Mykonos is an island famous for its wonderful beaches, natural beauty and fun. To all this is added its rich traditional cuisine, made with local products that when you visit it is impossible not to try. Its most famous are the cheeses and cold cuts. But what are they? Mykonos Post searched, learned and presents them to you!

Starting from the most famous, you should not miss the opportunity to try the traditional sausages of Mykonos. They are of course spicy (like every good, traditional sausage “should” be!), as they are seasoned with pink savory, allspice, salt, oregano and pepper. One reason that they are considered the best is that they contain more meat than fat. Also, do not forget, leaving the island, to get some for the house, to treat friends and relatives. 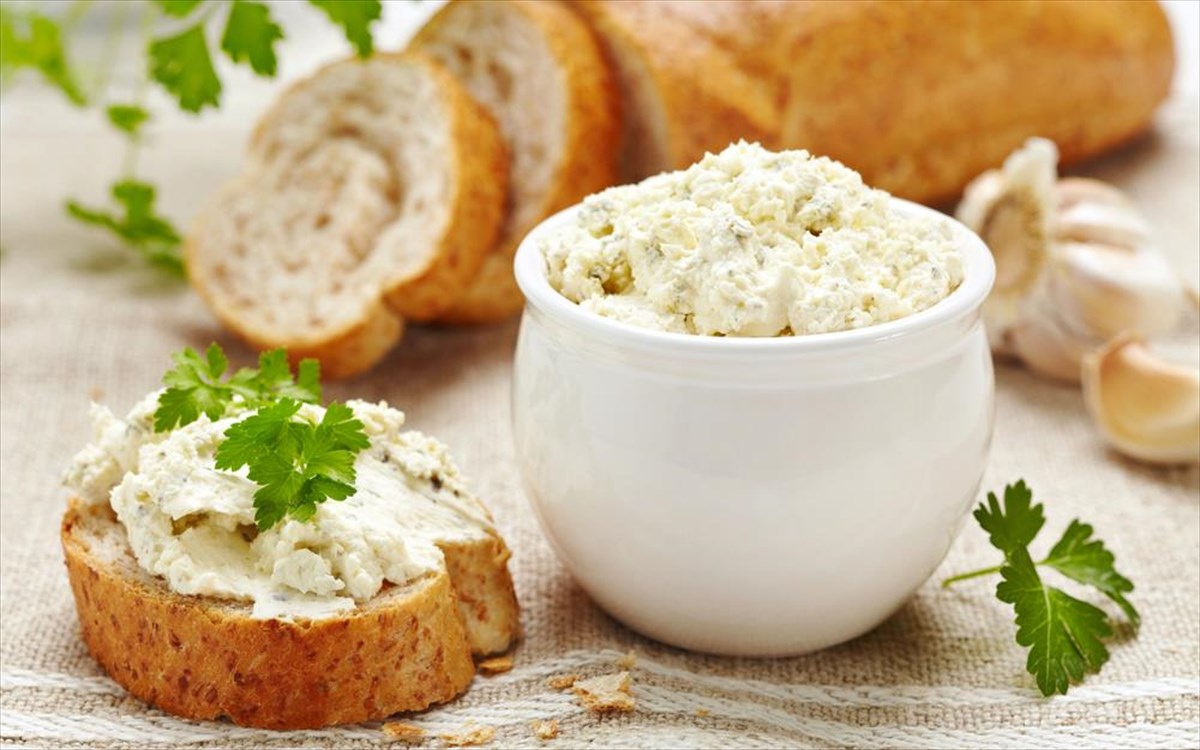 Another “must” when visiting the island, is to try kopanisti, which you have definitely heard. To be honest, kopanisti has been officially recognized as a product of protected designation of origin and is found on every island of the Cyclades. However, it is most famous in Syros, Tinos and Mykonos. Its commercial production is more advanced on these three islands. What you will taste is essentially a soft fermented cheese, with an intense spicy taste. The ways it is produced vary from island to island, but it is usually made of fresh milk, mainly cow’s milk, which has not been heat-treated, then coagulates, drains and matures over a period of many months, during which more cheese is added and the mixture is kneaded many times.

Louza is another Cycladic product that you will find in different variations, depending on the island you are on. It is essentially a special deli meat, made from local pork that you should definitely try. In Mykonos, Louza is made with allspice and pink savory, while it is a product with great demand, especially in the summer months. Plus, it is the best meze to accompany your wine. 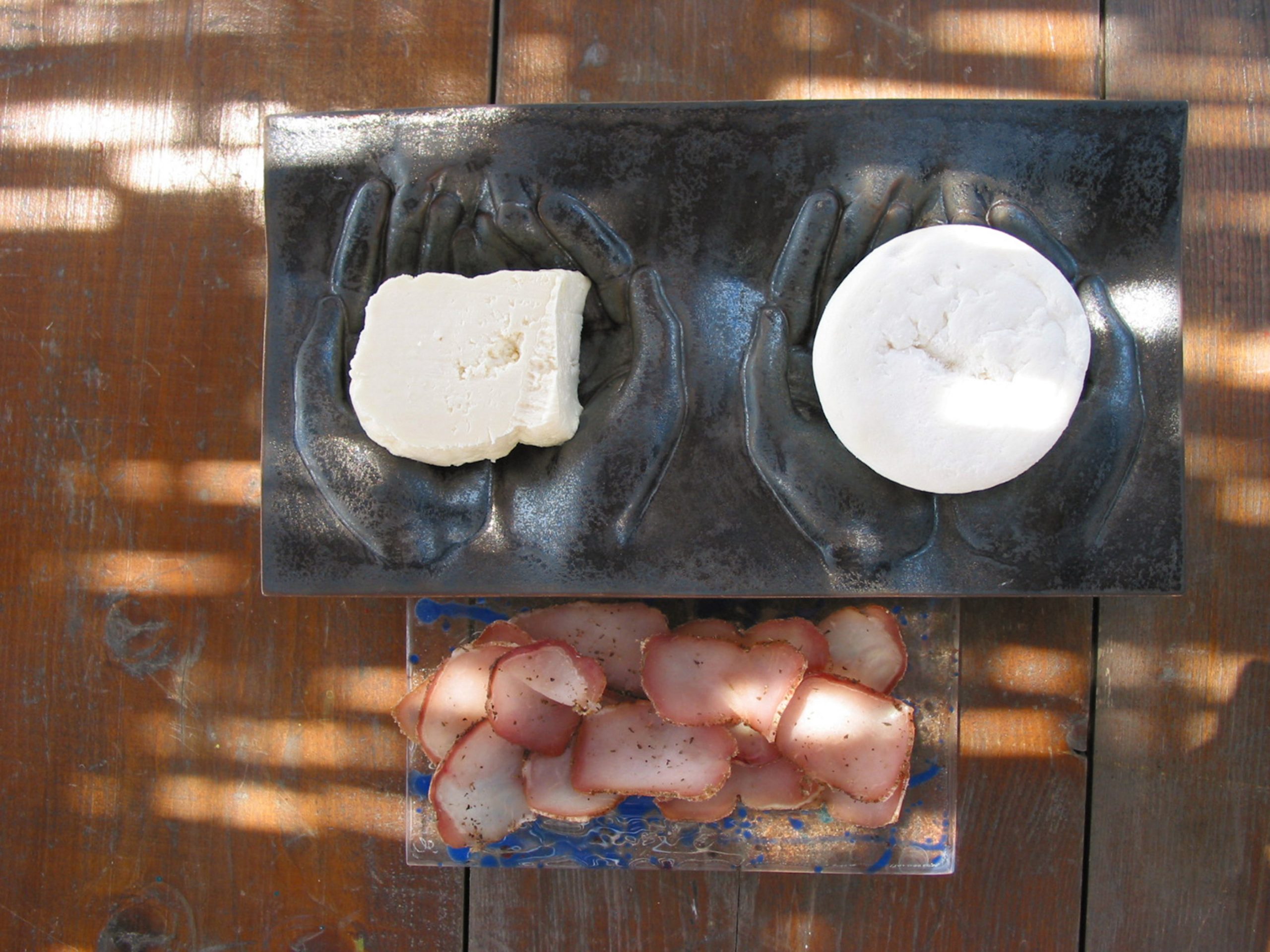 As Mykonos is famous for its cheese products, from the list of traditional products, we could not leave out the xynotyro. Basically, it a table cheese made of cow’s milk, while you can also grate it over pasta. Plus: It is the ideal meze to accompany tsipouro and ouzo.

Is there a local island cuisine that does not include traditional pies? Of course not! Just like any self-respecting island, Mykonos is famous for its onion pie, but also for its delicious honey pie, which is usually made with tyrovolia; a local white soft cheese starring in many Mykonian pies.

It is the traditional sweet of almost all the Aegean islands and of course they could not be missing from the island of the winds. They are sweets made with grated almonds, which in Mykonos are molded into an oblong shape, baked and at the end sprinkled with sugar.

Nikos Karathanos: “I want to give love to the world through my food”