It is located in the homonymous area Fanari on a hill that was formerly called Vourvoulakas, meaning vrykolakas (vampire). We will explain why later. In a unique location, Armenistis, the Lighthouse of Mykonos, is a pole of attraction for visitors from all over the world for the unique view from the spot, but also its history.

Let us takes things from the beginning.

In 1890 the Armenistis Lighthouse was decided and built by Sauttter-Lemonnier, who was equipped with the most modern lighting machine of the time, which had been exhibited and awarded a year earlier, at the Paris International Exhibition.

The Shipwreck and the creation of the Armenistis

Armenistis was actually built after a shipwreck, in order to avoid similar incidents in the future. It was 1887, when the English steamboat “Volta” crashed into rocks and finally sank. The ship was sailing in the narrow passage of Tinos and Mykonos which was quite dark. Fog prevailed, with the result that the two peaks, “Profitis Elias Vorniotis” and “Anomeritis”, looked like land separated by sea. The captain of the ship led it to the supposed sea and the ship hit the rocks. Of course there were victims from the incident. There were 11 crew members who drowned. Thus, the construction of a Lighthouse was then necessary. 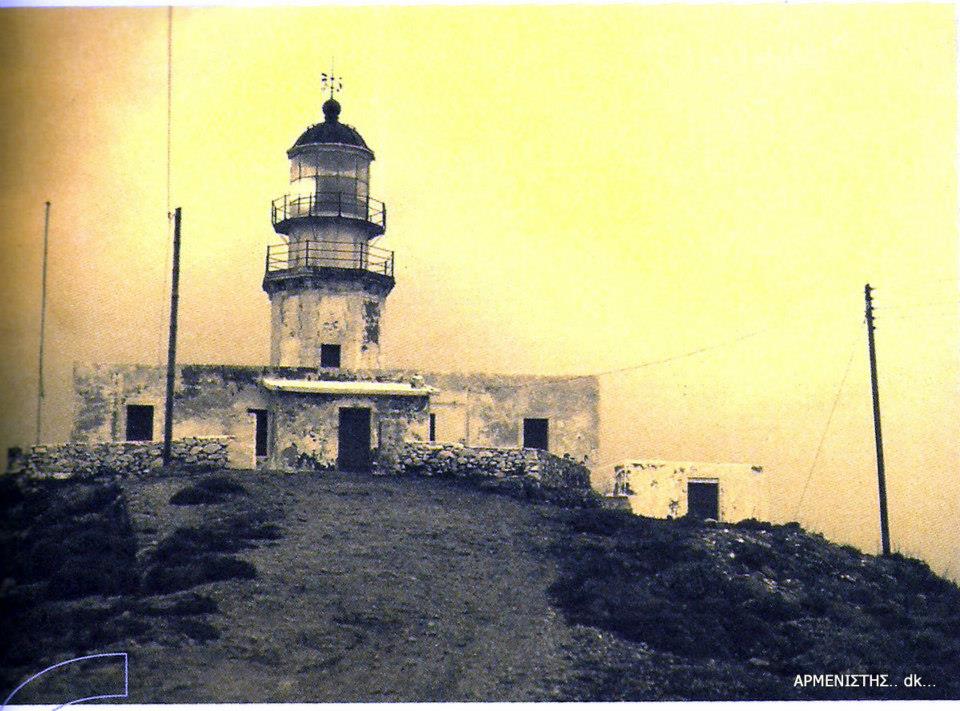 In 1890 the Armenistis Lighthouse was decided and built by Sauttter-Lemonnier, who was equipped with the most modern lighting machine of the time, which had been exhibited and awarded a year earlier, at the Paris International Exhibition.

At the end of the 19th century, we were in the “explosion” of the industrial revolution, when new inventions and new methods appeared, with relevant exhibitions being organized all over the world. The Armenistis Lighthouse was presented at the great international exhibition of 1889 that took place in Paris, when, for the sake of impression and originality, the Eiffel Tower was created.

The building, in addition to the mechanism, had rooms for the lighthouse keepers, a kitchen, a toilet, auxiliary spaces and an internal cistern. Its height is 19 meters and its focal height is 184. “In Armenistis there were various lighthouse keepers, who took shifts to make some extra money. The times were poor then. It was one of the largest lighthouses in the Aegean and one of the oldest in Greece. It operated with the energy of the sun, due to
the fact that at that time there was no electricity and it was extremely strong”, explains the Mykonian Dimitris Koutsoukos to the Mykonos Post. 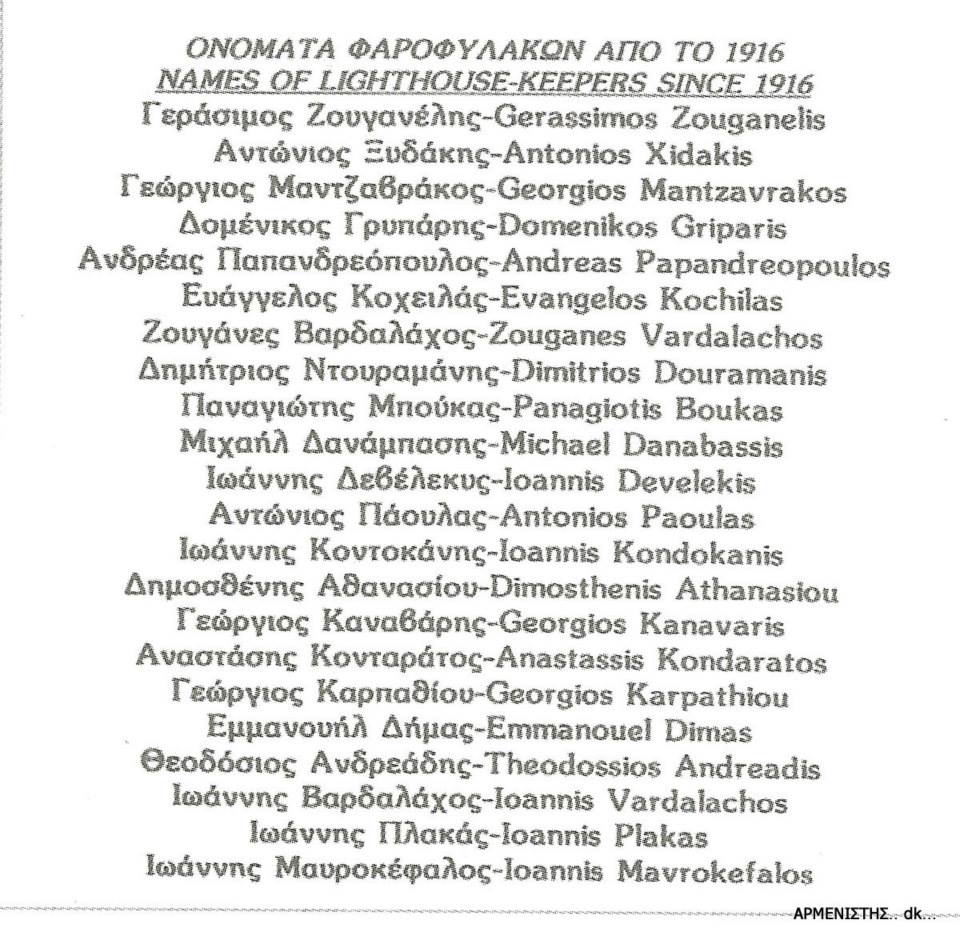 “In Armenistis there were several lighthouse keepers, who took shifts so they could make a little extra. The years were poor back then.” -Dimitris Koutsoukos

The lighthouse operated from 1891 to 1983. Since then, until today, its original mechanism is located in the garden of the Maritime Museum of Mykonos, which is housed in a traditional Cycladic building of the 19th century, in the center of Mykonos, at Tria Pigadia and is open to the public. 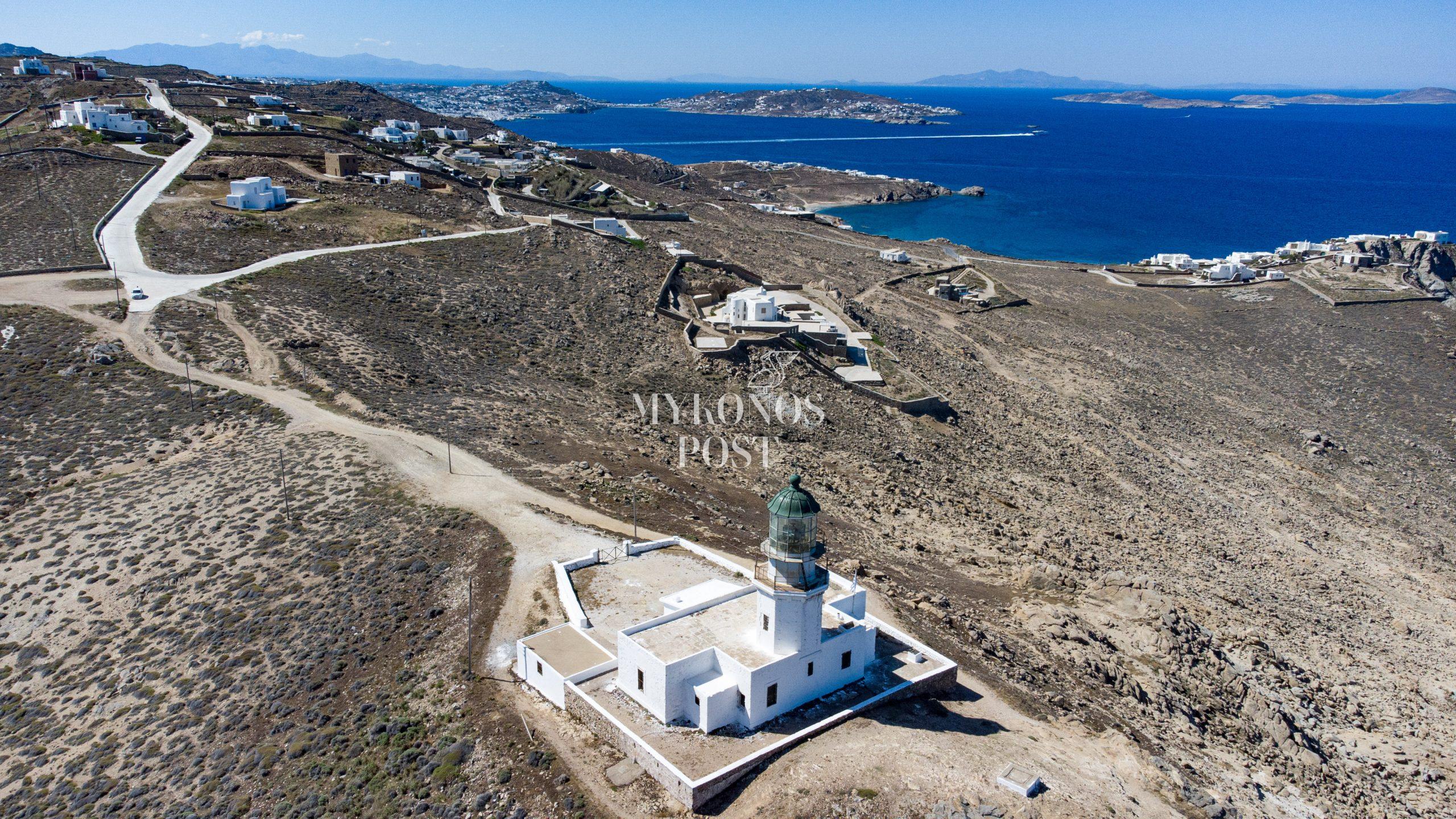 During World War II, the Germans captured Armenistis and turned him into an observatory, taking advantage of its strategic position. After the end of the war, German officers leaving the lighthouse were arrested by a group of young people from Mykonos. It was a group called “Air”. “Kostas Zouganelis, whose father was also a lighthouse keeper at the Lighthouse, with his team (Nikos Polykandriotis, Dimitris Bertos, Nikos Fiorentinos,
Theodoros Kontouris, Eleftherios Asimomytis, Michalis Kousathanas, Dimitris Stais, […] Chaniotis) years later, one of them sent a letter to Zouganelis, saying that he was looking for the boys who had arrested him because as a prisoner he did not return to the battlefield and thus his life was saved, as he would normally continue his service on the Eastern Front, where Thousands of Germans lost their lives. Zouganelis answered him and a short time
later the two men met” says Mr. Koutsoukos.

Zouganelis and his company went down in history on the occasion of their achievement and in fact many years later, this incident became the occasion for a true friendship between the German officer and Costas Zouganelis, who in fact served as Mayor of Mykonos in 1974. 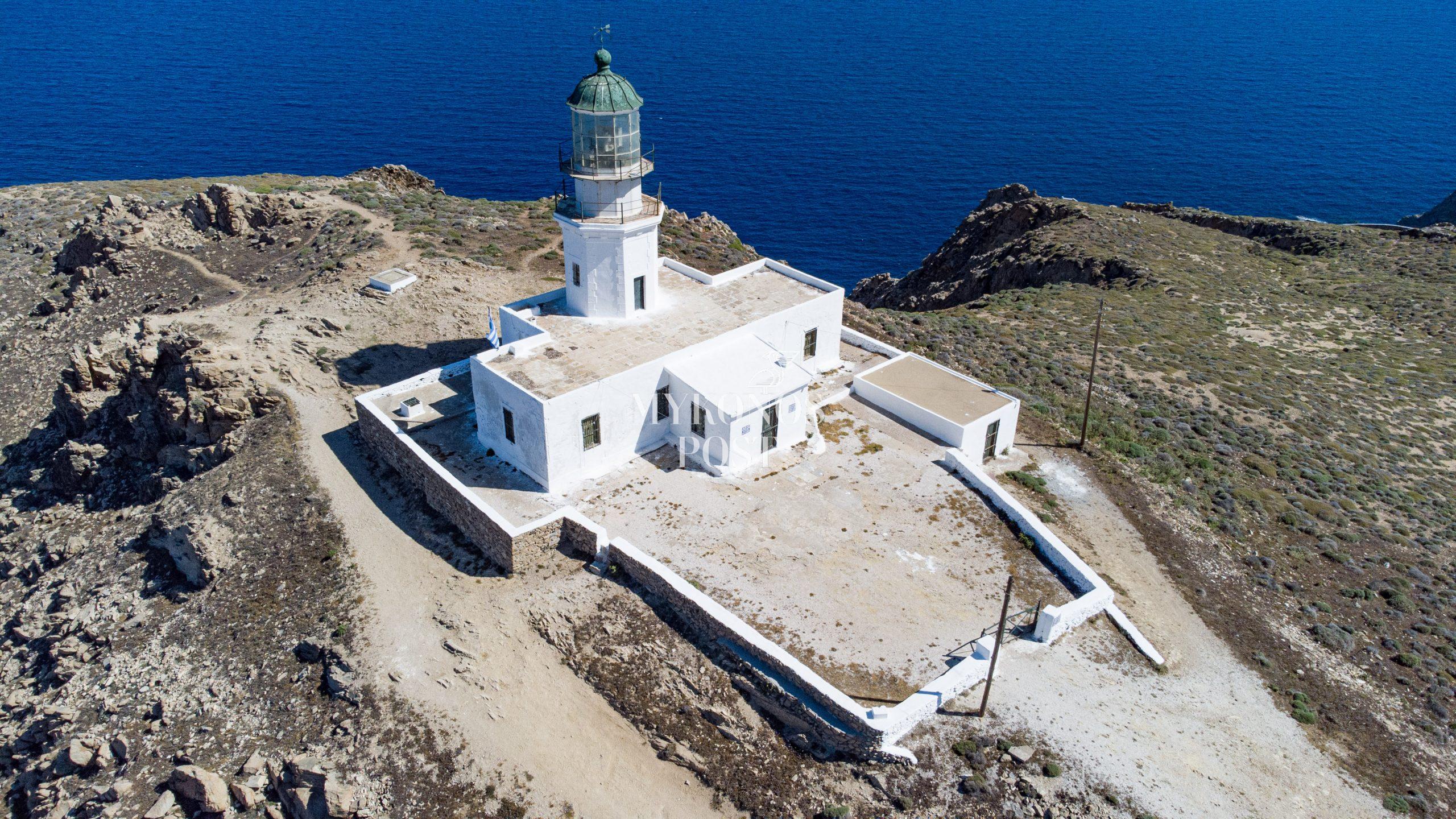 The lighthouse, although abandoned today, is an attraction for visitors to the island, since its location offers a unique view and opportunities for many impressive photographic shots.

The legend with the Vampire

According to one theory, the name of the place where the Armenistis (Vampire) is located, was made to scare the children, so that they do not approach the steep cliffs, which were very dangerous. “I remember these rocks as a child, when my father and I went fishing. They are very abrupt and dangerous, which is why they were named that way”, reveals Mr. Koutsoukos.

However, another story is known, according to which during his visit to the island in 1700, the French botanist Joseph Pitton de Tournefort learned about a dead villager who came back to life at night as a vampire. 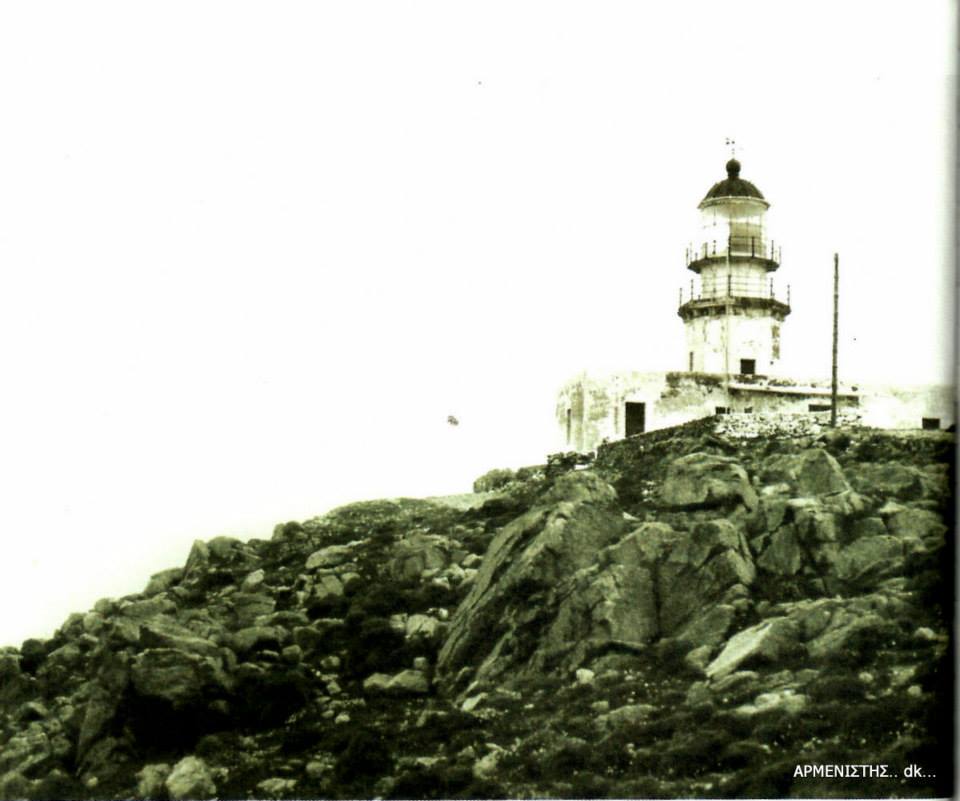 After being killed by a stranger while he was working in the fields, the man allegedly became a vampire, but he was harmless. Eventually, the local people got rid of him when they set him on fire.

The Lighthouse, although abandoned today, is a pole of attraction for visitors to the island, as its location offers a unique view and opportunities for many and impressive photographs.

(With information from the Mykonian Dimitris Koutsoukos, whom we thank warmly)

Pierro’s: Mykonos’ iconic bar that became known around the globe

Petros: This is the story of the most famous pelican in the world

Vienoula: The history of the legendary weaver of Mykonos

Calliope: This is the story of the head of the Municipal Library of Mykonos for forty years