The “Ocean Allies” team is made up of young people. And when we say young people, we mean eighteen-year-olds, aware and informed about the difficult situation facing the planet due to climate change, but also about the attitude of people towards the environment. Somehow, Francesca and her friends decided to create a volunteer group operating in Mykonos, specifically on the beaches of the island, which are filled with rubbish, garbage and all kinds of objects, which are left behind by visitors. 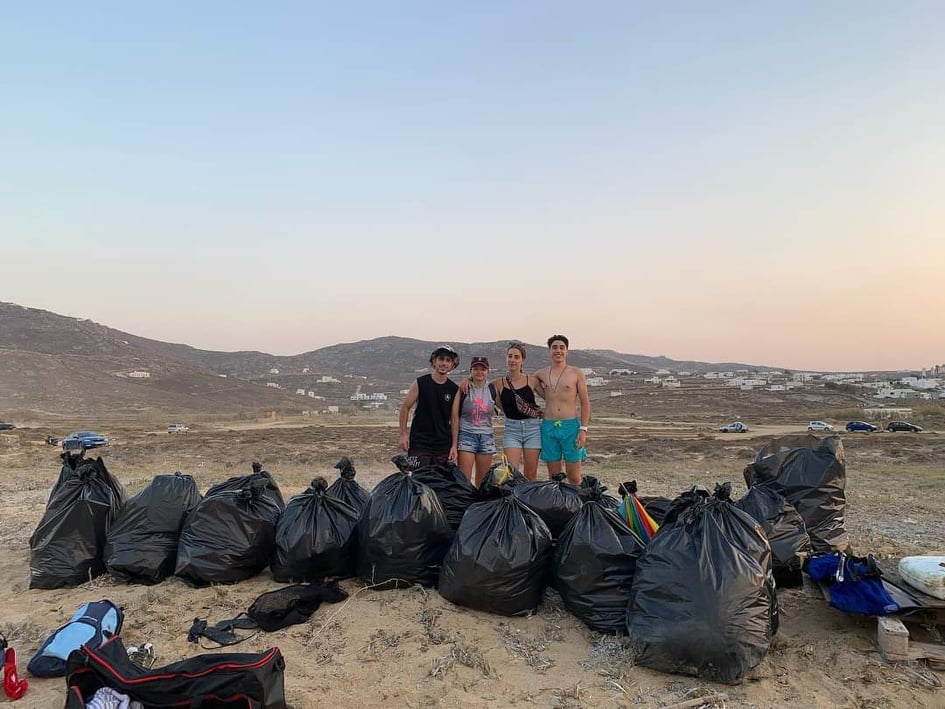 “We created the “Ocean Allies” with the primary goal of cleaning our beaches, but also to raise awareness of the people to come with us and contribute to the cleanliness of our island”.

It has not been long since the team took shape, counting six people in its potential and many more supporters. Francesca talks about the creation of the group, characteristically stating that “The whole idea started from a discussion at school, because some children – who are in our group now – did some actions on their own. So we decided to do something more organized. We created the “Ocean Allies” with the primary goal of cleaning our beaches, but also to raise awareness of the people to come with us and contribute to the cleanliness of our island”. 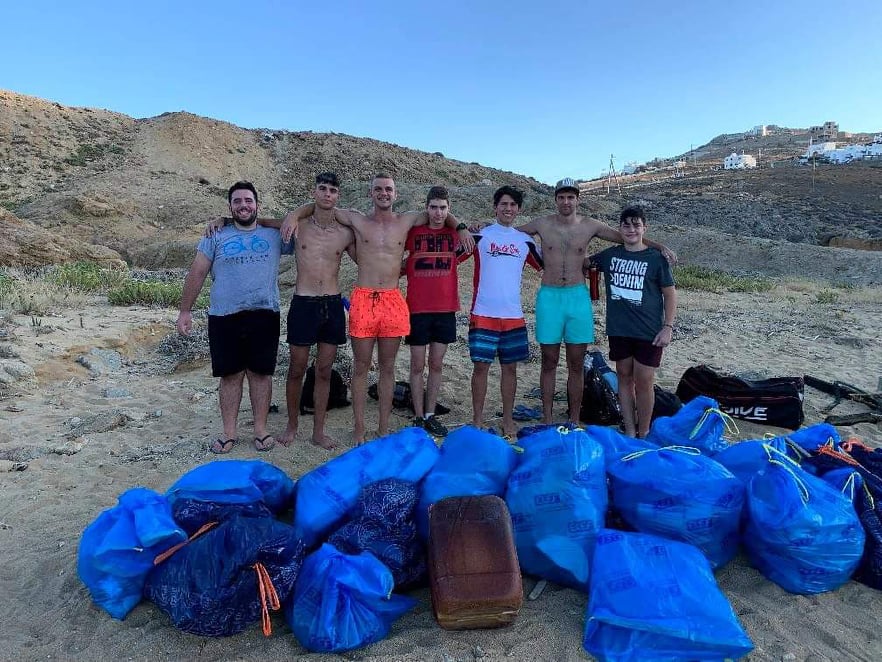 The view of most unorganized beaches is disappointing. On the other hand, the huge number of visitors brings the corresponding consequences for the environment. The photos, after all, speak for themselves. And in the material that the team has collected, we can clearly see the huge amount of garbage left behind by those who enjoy the -otherwise- beautiful and unique beaches of Mykonos. “We wanted things we saw on our island and we did not like to be able to fix them ourselves. We also wanted to make an effort to protect our planet, since the situation, especially in recent years, is out of control”, Francesca confessed to the Mykonos Post.

“Essentially we gather on a beach, hand out bags, gloves and whatever else is needed and start by cleaning the shore and the seabed, with special equipment”. 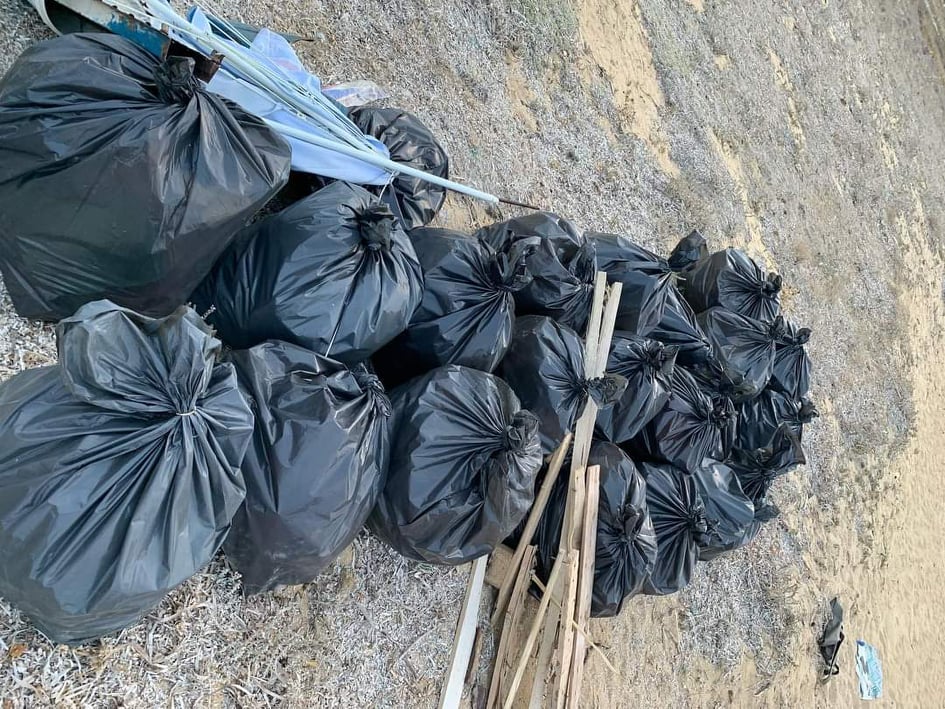 The actions of the Ocean Allies team

“Essentially we gather on a beach, hand out bags, gloves and whatever else is needed and start by cleaning the shore and the seabed, with special equipment. The goal is to clean the beach inside and out”, explains Francesca. It is very important in these actions to have a large number of participants, people who will spend some of their free time to do something good for the island. “Through the promotion of our team, we wanted to mobilize other children of our age or older, so that they can come to our actions and contribute in their own way to the cleanliness of our island”, she adds. And, indeed, that is the purpose of volunteering as a concept. Let everyone contribute in any way they can to the improvement of both our lives and the natural environment. Is volunteering something that people turn to the island of the winds? “Because we are talking about the summer months on an island that lives from tourism, we realize that it is difficult to gather a lot of people, as most people work every day and for many hours. For the amount of garbage and rubbish we find on the beaches we would need much more people. However, there is participation. Some even come for a break from work, that is, for half an hour and then they will leave. It is very beautiful to see this”, Francesca confesses, underlining at the same time the great support they receive from the people of Mykonos through social media. The team has created a Facebook page and an Instagram account and through social media they announce the next actions and invite people to participate. “In this way, whoever wants it can send us a message and come to support our action. Alternatively it can help even with a notification. In this way, we can and do count the people who will gather, so that we can bring gloves and bags for everyone”, she adds. 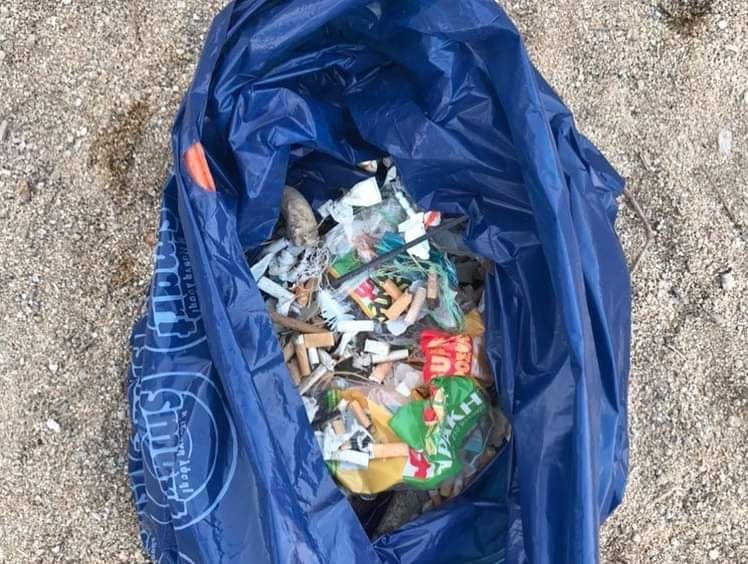 “Recently, during an action in Agios Charalambos, we pulled a motorbike from the bottom. We have found car engines, tools used for construction, even shoes. &quot;But what we encounter most are plastic bottles, cans of beer and cigarettes”.

“The situation was really disappointing”

“Ocean Allies” have already visited Ftelia, Agios Charalambos and two beaches in Tourlos. The situation they faced was – according to Francesca Lykouri – tragic. “The situation was really disappointing. There was rubbish everywhere. But most of all, we were upset because this rubbish had been there for a long time. In other words, they were plastics that you touched them and melted in your hands. Many of them were buried in the sand and this required a lot of work. In fact, in some cases, we had to go several times to make sure that proper cleaning has been done”, she emphasizes. Of course, there are often things you do not expect to find at the bottom of the sea or on the shores. The team has retrieved car engines, construction tools, shoes and other strange objects, which certainly have no place at the bottom of the seas. “Recently, during an action in Agios Charalambos, we pulled a motorbike from the bottom. We have found car engines, tools used for construction, even shoes. &quot;But what we encounter most are plastic bottles, cans of beer and cigarette butts”, says Francesca. 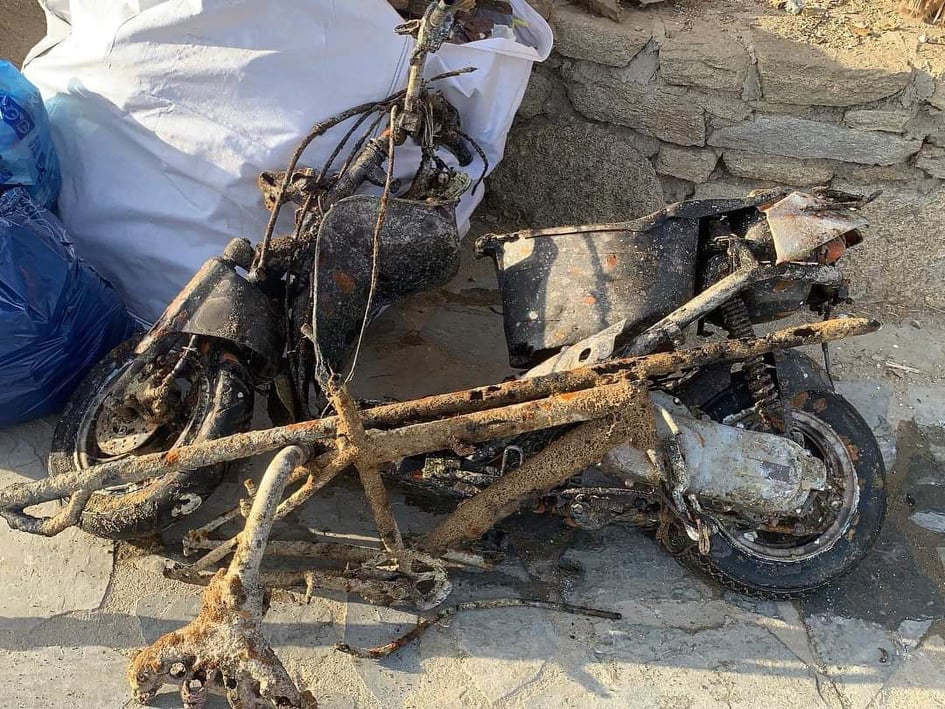 “We feel proud when we have contributed to our island’s care and cleanliness”.

Mykonos is slowly starting to be emptied of people and tourists, who chose the cosmopolitan island for their vacation. The beaches, the alleys, the shops and the hotel units say goodbye to a pretty good season, while at the same time preparing for a winter that for many is the most beautiful and quiet period of the year. But the time has come for the members of “Ocean Allies” to leave Mykonos for studies. “The truth is that now is a difficult time for our team. This year, we all start our studies and we will leave the island. So, as you can understand our team will be active only during the summer months, when we will return to our homes”, says Francesca honestly. 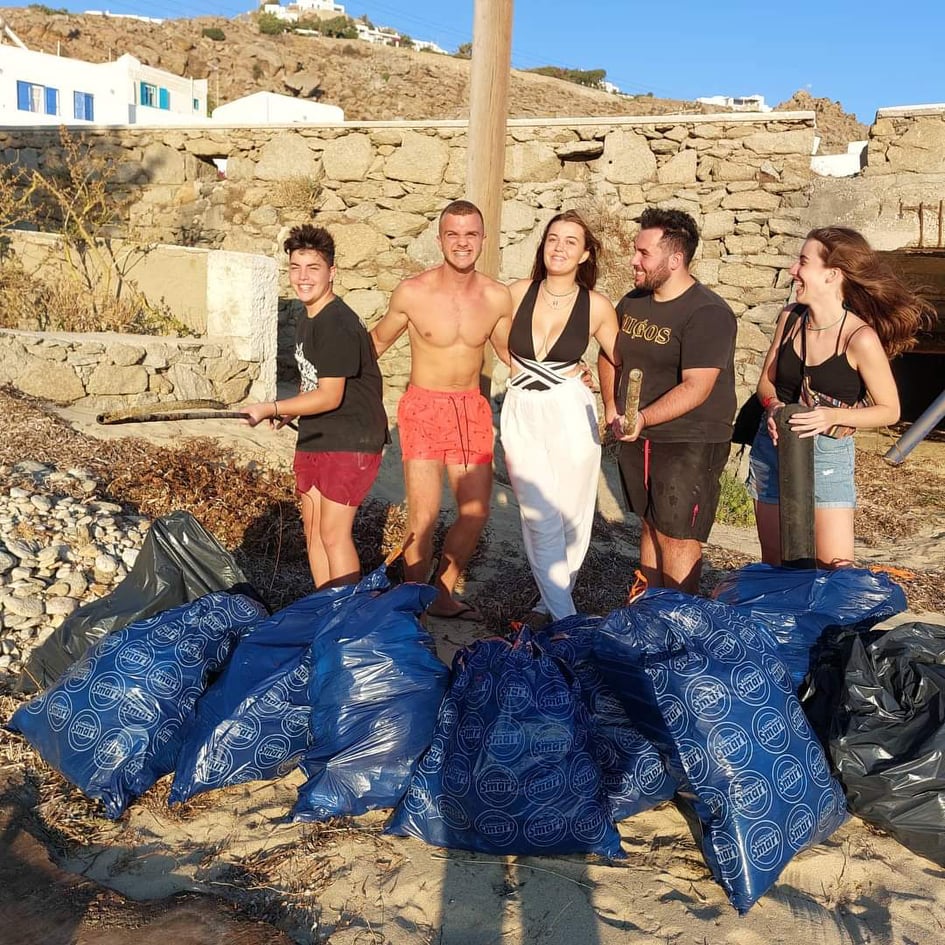 It is very important to realize that each of us individually can become a volunteer who will not only make a difference, but will also bring the desired result, so that we do not fill the planet with garbage and rubbish. We must act here and now to save the environment before it is too late. Francesca reminds to Mykonos Post that only we can bring about this change and it is up to us to act immediately, in order to improve both our living conditions and the survival of our planet. “Things we do not like it is important not to expect others to change them, but to mobilize and try on our own to bring about change. This way we will enjoy our island more. We feel proud when we have contributed to its care and cleanliness” says Francesca moved and closes our conversation in the most beautiful way.

Dimitra Asimomyti: The woman who make the bicycle in Mykonos a trend

The best travel Instagram accounts have a Greek signature