Since 2001 I visit Mykonos every summer and I always remember him being on his toes. Either as a ready kamikaze on his scooter, running around with his camera hanging around his neck for the exclusive, or strolling around Matoyannia, lurking for the perfect click. And all this, wearing his favorite accessory, which is none other than a bandana on his head. To most people, he might look like a bit of a weirdo. But for those who know him well, they say that Tasos has the soul of a little child. A child who started going to Mykonos in the 1970s. “I was 16 years old when I first went on holiday in Mykonos. It was the island of freedom, with the locals running around with their donkeys. Things back then were simple and humble. There was magic there and an incredible energy. The places I really liked were Paranga and Paradise. We were coming from Piraeus with our sleeping bags. Our hotel was the beach and we had the stars above our heads. Even in the evenings when we went to Chora, we had our sleeping bags with us and after the bars, we would go to the beach next to Remezzo and sleep,” he explains.

“There were periods when I even took pictures of tourists with pigeons in Syntagma Square. I was never ashamed of the work. In fact, I have done everything”. 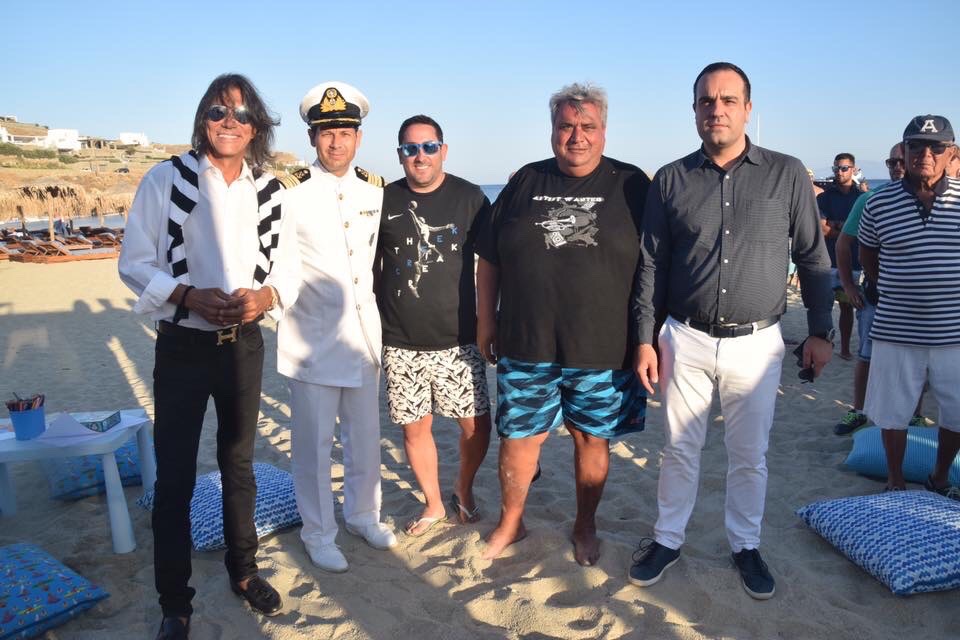 “One of the first women I photographed in Mykonos was Anna Veltsou”.

This unique aura of Mykonos, combined with the air of freedom, were elements that made him love the island and never let it out of his mind. At some point, he left for Italy, where he studied photography. “It was nice these years. After my studies, I worked at the Mercato Centrale in Florence and at some point I set up my own studio there, where I did a lot of black and white photography. I stayed abroad for several years, but during the summers I returned to Greece. There were periods when I even took pictures of tourists with pigeons in Syntagma Square. I was never ashamed of the work. In fact, I have done everything,” he says honestly. In Mykonos, he started working professionally with photography in 1990. “It all happened very naturally and spontaneously. Slowly, photojournalism came along. One of the first women I photographed at that time was Anna Veltsou, but also the designer Gianfranco Ferre. These particular photoshoots took place at Andreas Koutsoukos’ Pierro’s bar, and also at the late Makis Zouganelis’ Remezzo. The celebrities of the 1990s were completely different from today’s celebrities, in the sense that there was no social media back then. Back then, I would take a picture of businessman Dimitris Karellas of the textile company AIGAION and it would go viral. As well as with designers Thierry Mugler and Jean Paul Gaultier. Another Greek designer I appreciate is Nikos Apostolopoulos. We have done a lot of work together”.

“We were friends with Makis Tselios and Billy Bo. We would meet at Pierro’s with our pareos and have fun together”. 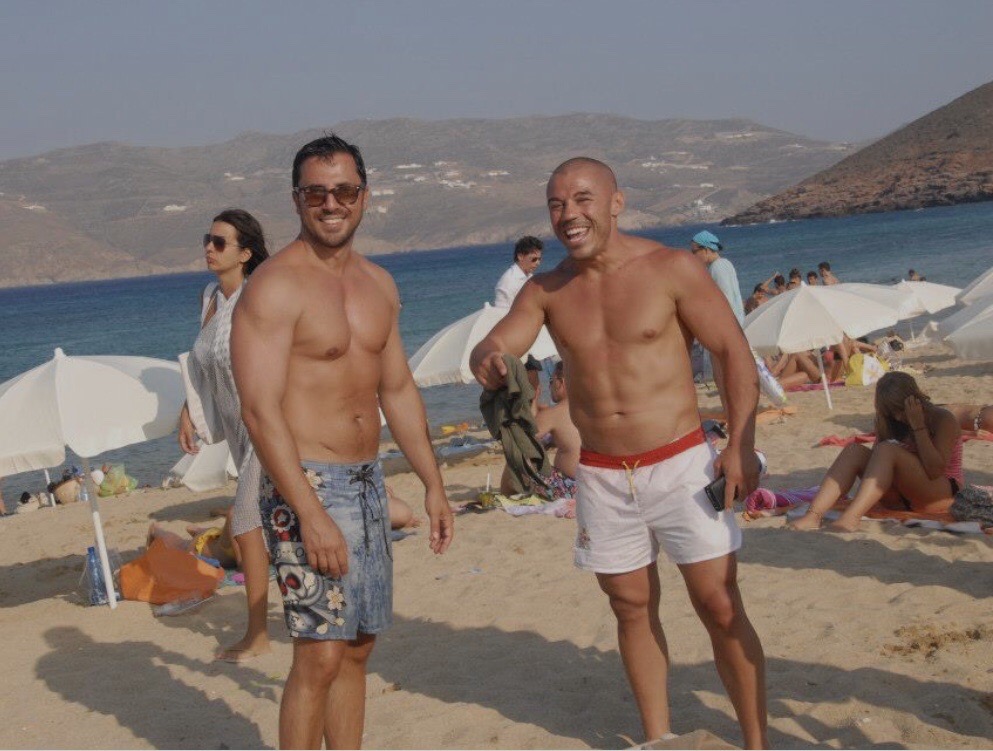 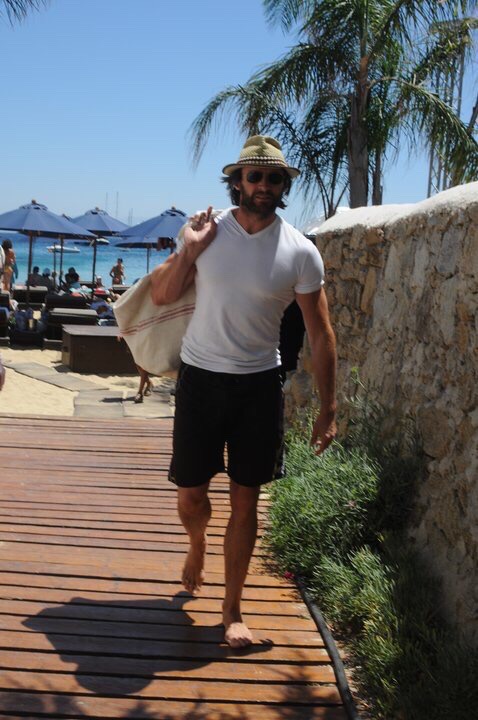 “Every night in Mykonos was a celebration”

Thirty years have passed since those first phototoshoots. From film and slides, we have moved into a digital age, with photography evolving, like all things in our lives. “Everything changes and evolves, as long as the aesthetic is not lost. As far as our Greek islands are concerned, and in this case Mykonos, I believe that an authenticity and a retro character must be maintained, so that this beautiful Cycladic destination is not industrialised. You see that even the architecture is changing. In my opinion, there should be a respect for the past, especially when it comes to the villas and their architecture. And you would see this if you saw the villas of Karellas, Makis Tselios and Pericles Panagopoulos”. Tasos Kontokostas was more of a friend than a photographer for the Greek designers. “With Makis Tselios and Billy Bo, we were friends. We would meet in the evenings at Pierro’s with the pareos and have fun together. Every night in Mykonos was a celebration,” he says. Tasos always hung out with Greek designers. “I appreciate Nikos Apostolopoulos, as he is one of the most successful designers in Greece and abroad. For years he had his own stores in Greece, abroad and also in Mykonos. One year, he brought the famous model Marcus Schenkenberg, Philippa Matthews and Vicky Koulianou and we had an excellent photoshoot in Paraportiani. Also, Lakis Gavalas is a very good friend of mine and a great person. Lakis is above all a human being. We always had a wonderful relationship of mutual trust and respect. It was through Lakis that I was introduced to Dsquared. In fact, at one of Laki’s parties, I had taken pictures of them, which they begged me not to give out anywhere. And indeed, I didn’t. The next year, when we met again at the party, they thanked me for my attitude.”

“Lakis Gavalas is a very good friend of mine and a great person. Lakis is above all a human being. We always had a wonderful relationship of mutual trust and respect”. 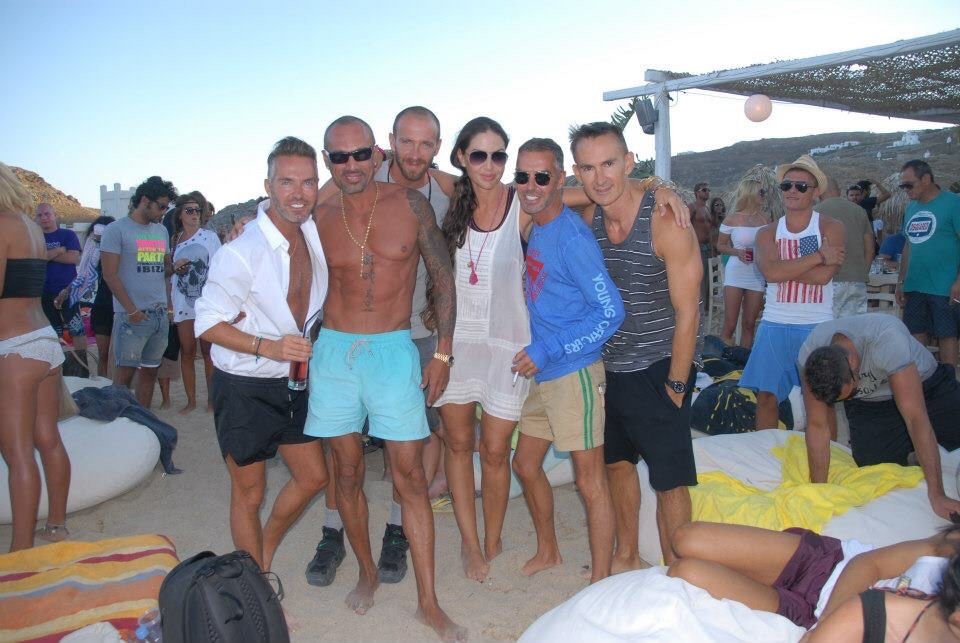 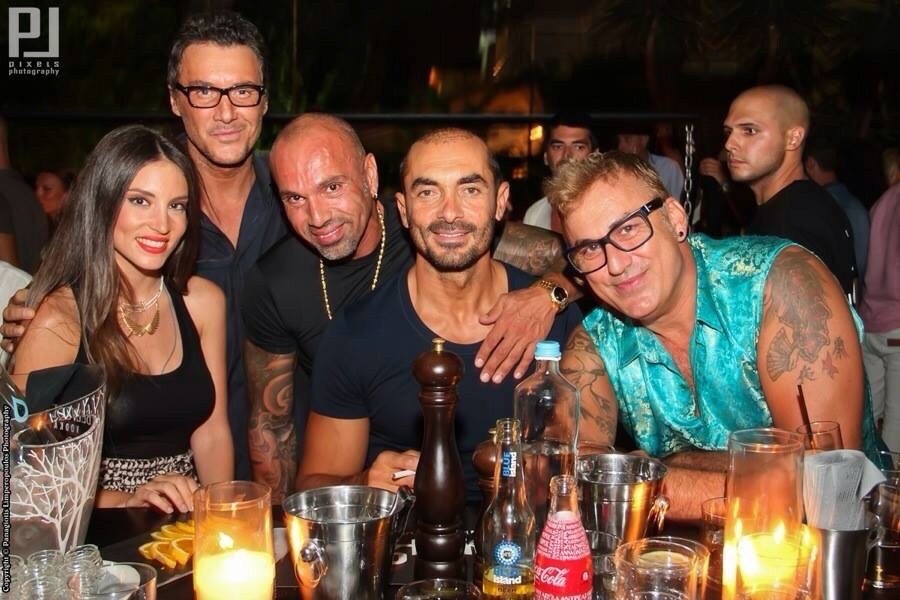 In the summer of 2011, Michael Douglas and Catherine Zeta Jones arrived in Mykonos from America. Tasos, of course, was on the island. In fact, he was one of the first to give the specific clicks to the media. “I had taken very nice pictures of them in a boat in Psarou. I met them. The second time I went to Psarou, I had taken a couple of pictures with their child. At one point, Catherine Zeta Jones approached me and politely asked me not to take picture with her child. I welcomed her and indeed respected her wish. Immediately, I saw that both Jones and Douglas completely changed their attitude towards me. In fact, at one point, they posed for me and just before they left Nammos, they came over, talked to me and thanked me for my discretion after what the famous actress said to me. In general, foreign celebrities have a completely different attitude towards paparazzi, compared to Greeks. Also, Jean Paul Gaultier is a very nice guy. A very kind man” he describes.

“Catherine Zeta Jones approached me and politely asked me not to take picture with her child. I welcomed her and indeed respected her wish”. 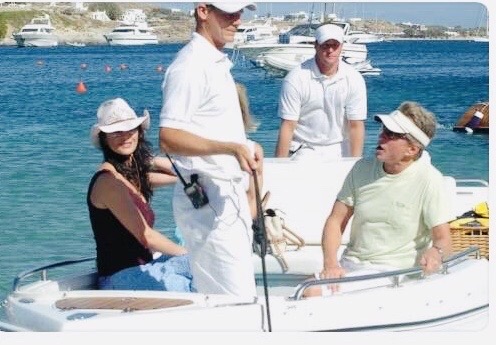 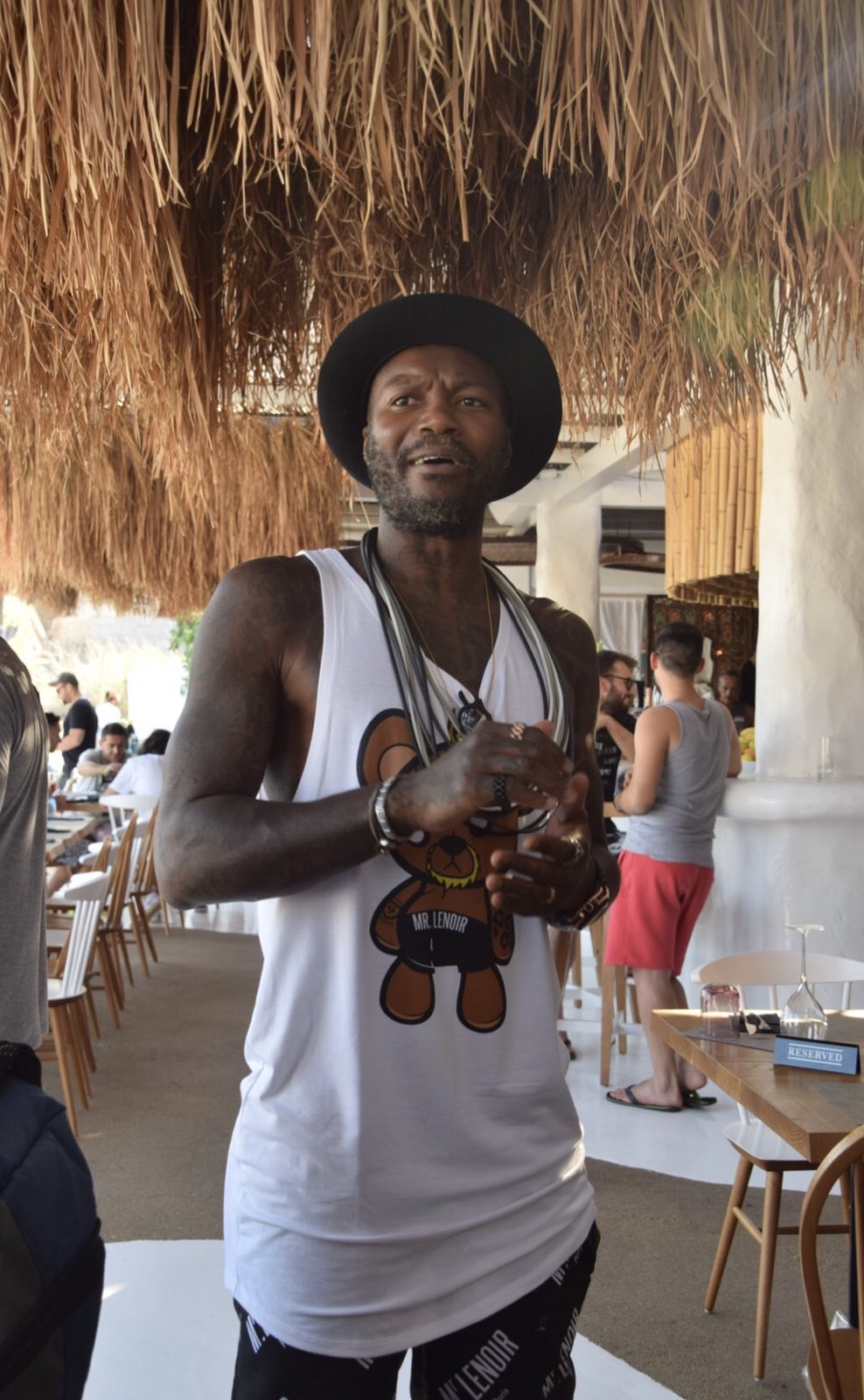 Tasos still works in Mykonos, but at his own more relaxed pace, compared to the craziness of the island. “Mykonos has changed from the past and is constantly evolving. It’s running, at a fast pace. On the other hand, I still see things from a different perspective: Much more simple and more humble. One thing is for sure, Mykonos is still the island of freedom and it has that intangible quality that helps you find many different ways to express yourself. Personally, I still love it with the same intensity and passion of the first time.”

Katerina Xydaki: The lady-captain of Mykonos confesses: “I was the first woman in Greece to issue a seaman’s book”